Have questions over Rafale deal made Nirmala Sitharaman lose her sheen?

On September 3, 2017, Nirmala Sitharaman, the then MoS commerce with independent charge, was catapulted to the highest clique within the government, the Cabinet Committee on Security, as she was anointed the first full-time woman defence minister of independent India. While Indira Gandhi briefly held the portfolio along with her prime ministership, Sitharaman’s ascent was pitched as Narendra Modi government’s pro-women, modern distribution of power and responsibilities befitting 21st century realities the world over.

It has been barely five months since those cheerful discussions around Sitharaman’s meteoric rise, with pundits putting across the manifold responsibilities and challenges she would face, including the China threat, rising militancy in Kashmir, defence preparedness, artillery modernisation, influx of fresh ammunition, new helicopters and fighter jets, along with fighting the obvious gender bias in a deeply patriarchal country such as ours. Since then, there have been several puff pieces on “Madame Defence” minister, or the 24X7 Raksha Mantri, as many prefer calling her these days keeping in line with the Modi government’s overt preference for Hindi.

While the image of Sitharaman in the backdrop of men in Army fatigue became the standard trope of defence reporting, softening the rough edges of a ministry and sector coming under heavy scrutiny from many observers outside the government, the biggest hiccup has undoubtedly been her handling of the Rafale deal, the NDA version of course. 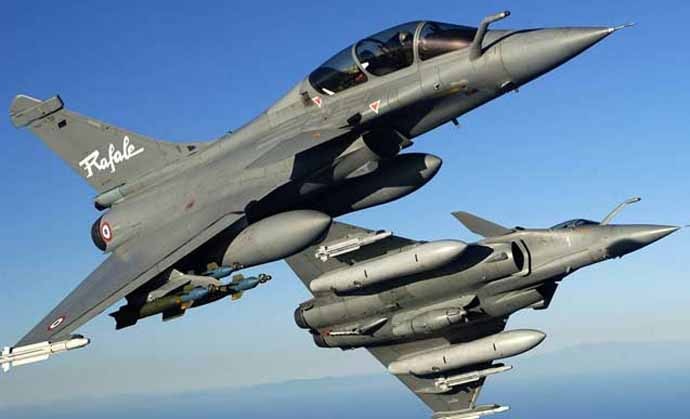 In November 2017, hounded by questions from the Opposition, chiefly the Congress, Sitharaman had said in Parliament that the NDA version of Rafale fighter jet deal with France, signed after the UPA version was scrapped, was far cheaper than its junked predecessor. Sitharaman had assured that the price breakdown would be made available by her office soon, and that due procedure had been followed in the purchase of the 36 Medium Multi-Role Combat Aircraft (MMRCA).

Two and half months later, Sitharaman told Rajya Sabha that the secrecy pact with France is preventing her government from disclosing the details of the cost of the deal. In a written reply to Congress Rajya Sabha MP Rajeev Gowda, Sitharaman said, “As per ‘Article-10’ of the Inter-Governmental Agreement (IGA) between the government of India and government of France on the purchase of Rafale aircraft, the protection of the classified information and material exchanged under IGA is governed by the provisions of the security agreement signed between the two nations signed in 2008.”

And, here it is - We have a secrecy pact with France on #Rafale deal, cannot divulge information related to cost of aircraft, @nsitharaman informs Parliament. @ThePrintIndia pic.twitter.com/R9kXS14pLb

Yet, Sitharaman is citing a 2008 security agreement to stonewall information that has been unofficially public for over one and half years now, and which the government itself “had disclosed” in 2016, even as questions were raised about the accuracy of the account book, and the strange choices made by the Modi government in the procurement of the fighter jets.

For example the escalation of the cost per aircraft from the Rs 526-Rs 670 crore (factoring in inflation) to about Rs 1,500-Rs 1,640 crore, the junking of the technology transfer clause, the substitution of the public defence manufacturer Hindustan Aeronautics Limited for a then two-month-old Reliance Defence owned by Anil Ambani to manufacture the offsets in the Rs 58,000 crore for 36 aircraft deal with France’s Dassault Aviation, among others, have been pointed out as extremely questionable choices made by the Narendra Modi government, that too in the name of “Make in India”.

In fact, before Sitharaman had asserted in Parliament on November 17, 2017, that “Congress can be accused of error of omission” over its allegations, the party, through its spokesperson Randeep Surjewala, and through tweets by the then vice-president Rahul Gandhi, had put out a set of highly charged questions on the “non-transparency” of the Rafale deal, which many have been saying could be the “Bofors [scam] of Modi government”.

Can you explain "Reliance" on someone with nil experience in aerospace for Rafale deal?

Dear RM, what’s shameful is your boss silencing you. Please tell us : 1. Final price of each Rafale jet? 2. Did PM take CCS permission before announcing purchase in Paris? 3. Why PM bypassed experienced HAL & gave the deal to AA rated businessman with no defence experience?

Top Secret(Not for Distribution)RM says the price negotiated for each RAFALE jet by the PM and his "reliable" buddy is a state secret.Action Points1.Informing Parliament about the price is a national security threat2.Brand all who ask, Anti National#TheGreatRafaleMystery

In fact, this writer, in October 2016, had analysed the questions raised by civil rights activist Yogendra Yadav and Supreme Court advocate Prashant Bhushan in a press conference, in which the proverbial stink over Rafale deal was raised for the first time, as it were. At that time, the defence ministry was under Manohar Parrikar, and it seemed PM Modi dashing off to France to announce the new Rafale deal that substituted the earlier UPA’s draft version with as many as 126 fighter jets for Rs 90,000 crore (with 18 in flyaway condition, and remaining 108 to be manufactured in India by HAL with technology transfer built into the draft deal) for the NDA version of 36 Rafale aircraft in flyaway condition for Rs 58,000 crore, thereby shooting up the per aircraft cost by as much as three times, had taken the defence minister by surprise.

While Sitharaman insisted in December 2017 that the Cabinet Committee on Security had “cleared” the new Rafale deal negotiations with the then Francois Hollande-led French government and Dassault Aviation, before PM Modi had had signed and personally supervised the deal. Yet, how does the CCS clear a crucial fighter jet deal for the fleet deficient Indian Air Force, in which a brand new defence company, with a debt running up to Rs 12,600 crore to PSU banks, gets 50 per cent of the offset contract?

Interestingly, soon after Sitharaman’s November 17, 2017 declaration of transparency of Rafale deal in Parliament, an opinion piece in The Times of India said “NDA government saved over [exactly?] Rs 12,600 crore” in the Modi-fied Rafale deal. Financial jugglery much?

After a bunch of meticulous pieces dissecting the Rafale deal appeared in the smaller portals, questioning the price escalation, the change of status from “95 per cent complete to zero in two weeks”, without even the knowledge of the Dassault CEO initially, the Congress woke up to the deal’s many inconsistencies. It asked: “Why has the joint venture for the biggest-ever Indian defence deal between Dassault Aviation and Reliance Defence Limited not gone through the proper procedure of approval by the Union Cabinet, Cabinet Committee on Security and Foreign Investment Promotion Board?”

While there has been an official statement from the defence ministry on the Rafale deal, it all about bombasting its way out of the critical tangle that it finds itself in, mired in too many obvious and stinging questions about the curiously over-invoiced account book of the deal. While words such as "urgent need" are prefaced before the half-sentence "in accordance with the Defence Procurement Procedure in all aspects including approval of CCS, before entering into the IGA", the fact that absolutely no numbers have been shared with Parliament, which is the highest legislative body in the country, before a set of democratically elected MPs, shows how Sitharaman and her ministry intend to brazen their way out of the knot.

The procurement of 36 #Rafale aircraft through the IGA with France to meet the urgent need of IAF is strictly in accordance with the Defence Procurement Procedure in all aspects including approval of CCS, before entering into the IGA. @nsitharamanhttps://t.co/EuNGzIFqI6

Both the Opposition in Congress and public interest litigation expert Prashant Bhushan have debunked the "emergency" excuse offered by both the PM and the defence minister, saying that despite the urgency claimed, not a single aircraft in flyaway condition has been acquired by Indian Air Force despite 35 months since PM Modi sealed the deal in April 2015 in France. Bhushan has also asked "why the chairman and CEO of M/s Thales (a company which should have been blacklisted for giving commission to middleman in the 2005 Scorpene Submarine deal) was present for signing of the deal with Government of India on September 23, 2016 in New Delhi?"

On 28/3/15 Ambani registered Reliance Defence. Within 2 weeks, Modi junked the UPA deal with Rafale at ~600Cr/jet & signed new deal at >1500Cr/jet. Pub sector HAL was replaced by Ambani's Co, to get 50% of 58KCr cake. Transfer of technology was junked.Yet Shah asks 'Where is Q?'! pic.twitter.com/bXU9kiUkCd

On 17th Nov, 2017;Def Min in a press conference stated that 36 Rafale Aircrafts were purchased on ‘emergency basis’.What was the need to buy aircrafts on ‘emergency basis’ on 10th April,2015 when ‘regular purchase’ had already been negotiated through a tender on 12th Dec 2012? 8/

Given that former defence minister Manohar Parrikar was only left to defend the already signed Rafale deal as the “best deal ever” in October 2016, it seems he was taken aback completely by PM Modi orchestrating the whole Rafale shebang by himself and his corporate friends with fresh interest in India’s rapidly expanding private defence manufacturing market.

Despite her much-lauded ascent to the high table of the CCS, it seems Sitharaman too has been reduced to doing much of the same, with her contradictory statements raising more questions than giving answers.

Also read: What Nirmala Sitharaman must do for the armed forces