Under the prevailing circumstances in South Asia, efforts to rekindle interest in India's "neighbourhood first" policy require out-of-the-box thinking. Although US President Donald Trump has described India as a leading global power, New Delhi cannot afford to relax with regards to its immediate periphery.

Different writers might come to different conclusions but for me the 2017 story was about India continuing to struggle in its neighbourhood, particularly in Nepal, Maldives and Sri Lanka. Despite repeated muscle-flexing, Pakistan policy is already in tatters. India's immediate geopolitical environment remains fragile. 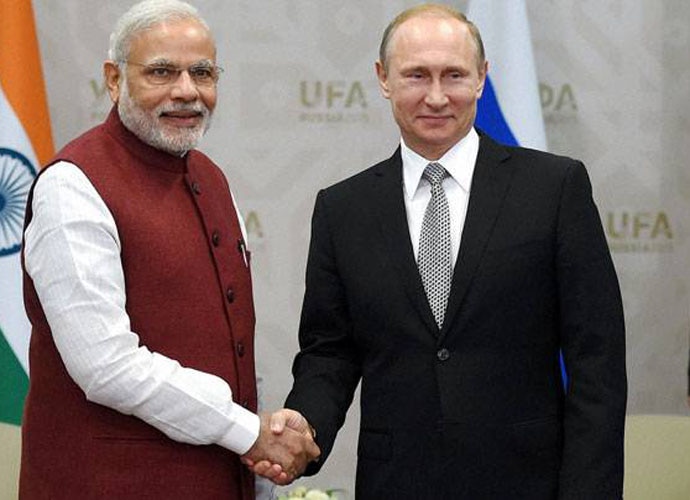 One cannot dispute the fact that under Prime Minister Narendra Modi, India enjoys a better standing in global politics than any time in the recent past. But the euphoria that greeted his historical electoral victory in 2014 has worn off. And it is equally true that Chinese President Xi Jinping has also been having a fantastic time at home and abroad. When the Chinese Communist Party's Congress concluded in October, President Xi's position strengthened considerably, ensuring his global ambitions for China will continue. Besides consolidating his hold on power, Xi has been instrumental in implementing China's One Belt One Road (OBOR) or Belt and Road Initiative (BRI), which is set to extend its reach and influence well beyond its borders, including in South Asia. Many analysts believe that it can leave India isolated regionally because it opens up the likelihood of China dominating India's immediate neighbourhood.

No doubt, "neighbours first" is the striking feature of India's diplomatic approach since 2014. If India does not resolve its differences with its small neighbours, it will only pave the way for China to enjoy a growing influence in the region. Prime Minister Modi often projects himself as an innovative and decisive leader who could make things happen. As 2017 has not been a very promising year for India's "neighbourhood first" policy, the Modi government must prove that it is not merely a political rhetoric but a strategic necessity. By focusing greater energy on the neighbourhood, the Modi government can demonstrate that India has the capability to promote regional peace and economic integration by bringing together the governments in the region.

Sri Lanka has long been in India's geopolitical orbit, but Colombo's relationship with Beijing has strengthened in recent years. In early December, Sri Lanka handed over the strategic port of Hambantota, which is expected to play a key role in China's OBOR plan, to China on a 99-year lease. The Opposition parties and trade unions in Sri Lanka have already dubbed the port deal as a sell-out of their country's national assets to China. Many critics feel that the port lease could set a precedent for other small South Asian countries that owe money to China to accept deals that involve surrendering a part of their territory.

Sri Lanka has tried to allay India's concerns by seeking to limit China's role to running commercial operations at the port while retaining broader oversight of security operations. But Sri Lanka is already struggling to pay the existing $8 billion debt to China, and it is unrealistic to expect Colombo to ensure that China does not install dual-use facilities for monitoring maritime traffic and snooping in the Indian Ocean. Now India must invest in Mattala airport in Hambantota, which is just 30 kilometres away from the Hambantota port. India's ties with Maldives have been impacted by China's growing footprint on the island. China opened an embassy in Male, the Maldivian capital, only in 2011. Maldives is the only South Asian country that Modi has not visited since taking office. Although it was in the itinerary for his March 2015 Indian Ocean tour, the visit had to be cancelled due to domestic political turbulence in Maldives which has been gradually shifting towards authoritarian governance. In early December, Maldives rushed through the much-criticised Free Trade Agreement (FTA) with China in Maldivian parliament at midnight, without any opposition member being present there. This is Maldives' first FTA with any country, and also China's second with any nation in South Asia after Pakistan. Given its security impact in India's strategic backyard, China's foray into Maldives has already aroused concerns in New Delhi.

Following the unexpected FTA deal between Maldives and China, India's foreign ministry issued a statement saying it is India's "expectation that as a close and friendly neighbour, Maldives will be sensitive to our concerns, in keeping with its 'India First' policy." Rather than addressing India's concerns, the Maldivian government suspended three local councillors for an "unauthorised" meeting with the Indian ambassador. India's economic or diplomatic options for compelling Male to back down are not promising. A pro-government paper has also published an anti-India editorial describing India as the biggest enemy nation while praising China, the "new best friend" of Maldives. It also accused New Delhi of plotting a coup against the Abdulla Yameen government. Unfortunately, India's non-coercive options for compelling Male for course correction do not seem promising. This must set alarm bells ringing in New Delhi.

Nepal is the latest piece in the South Asian puzzle and it is unclear what picture will emerge in 2018. Despite two trips and a promising outreach to Nepal in his initial years, Modi could not maintain the momentum. Things began to take an ugly turn when Nepal announced a new Constitution that gave less than adequate powers to ethnic groups such as the Madhesi people in the country's Terai region. Consequently, Madhesi protesters' blockade stopped all essential supplies from India from reaching Nepal and created a humanitarian crisis. Kathmandu blamed New Delhi for being complicit in an unofficial economic blockade and began to play the "China card" to balance India's immense power over Nepal.

The recent victory of the Left coalition of the CPN-UML and the CPN-MC, widely believed to be pro-China, in Nepal's parliamentary elections makes it even more worrisome as India has had a dismal record getting it right in Nepal. It seems that the Nepalese people have retained their anger over India's unofficial "blockade" and taught a lesson to those political parties which were seen as not having opposed the Indian "bullying". With India's leverage in Nepal's internal politics already shrinking to the lowest level, China is more than eager to fill the vacuum and will certainly push with greater zeal its BRI connectivity projects which can bring its penetration closer to vital Indo-Gangetic plains. 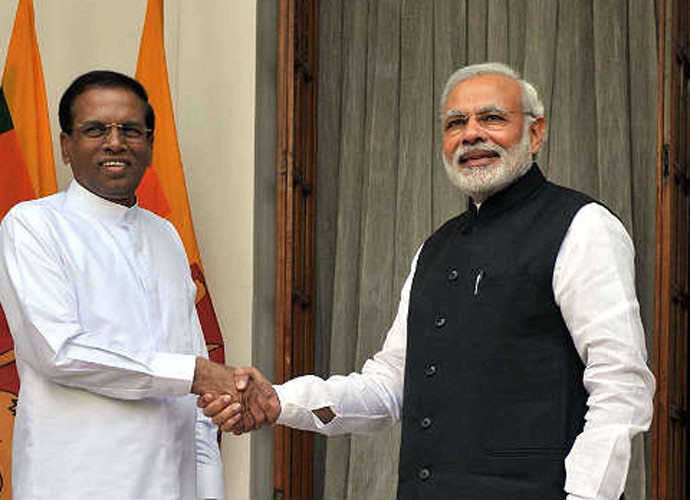 India's bilateral relationship with Pakistan has already hit a dead-end. Frequent violation of the ceasefire by Rawalpindi has also contributed to the failure of talks. In fact, Indo-Pak relations are perhaps at the worst since the 2008 Mumbai terror attacks. Unfortunately, the government's policy of diplomatically isolating Pakistan does not seem to be working as Islamabad has stepped up its diplomatic efforts to engage Beijing, Moscow and Tehran. Escalation of hostilities inadvertently helps in reinforcing Pakistan's narrative that Indo-Pak relations are facing a deadlock which can only be removed if big powers intervene to resolve the Kashmir issue - the most contentious and sensitive dispute between Indians and Pakistanis. New Delhi has always resisted international intervention in the dispute. Current level of tensions creates a possibility that conflict may begin not through calculation but miscalculation.

Most importantly, the manner in which Modi, during a recent election campaign in Gujarat, cast aspersions on a private dinner hosted by the Congress leader Mani Shankar Aiyar and attended by former prime minister Manmohan Singh, former vice-president Hamid Ansari along with retired Indian diplomats for visiting former Pakistan foreign minister Khurshid Mahmud Kasuri, many responsible Indians feared the worst over the damage it would do to the government's Pakistan policy.

Modi's accusation was also dangerous because of the worldview it represented. If even the prime minister can openly share this disturbing worldview, what might be next? It is a worldview that, if allowed to grow, will plunge India into greater conflict internally as well as in the neighbourhood than we can imagine today.

China will continue to support sympathetic politicians and groups in India's neighbourhood. Already, there is widespread concern in India's policymaking circles of Beijing's expanding presence in Pakistan and Nepal and now in Maldives. China's relentless attempts to establish a formal engagement with Bhutan have highlighted Beijing's aggressive posturing. If there is a common thread running through events in 2017, it was that they tested South Asia's confidence in India's leadership. Smaller countries in South Asia will be watching very closely to see whether, and how, India fights China's effort to make itself the regional hegemonic power. Foreign capitals are also watching. As China has deeply entrenched its economic and strategic footprints in South Asia, the Modi government has a long, bumpy road ahead if it wishes to reverse China's relentless march in South Asia.

However, as India plans for the uncertain future, the most common approach is to engage in conventional thinking and extend its successful strategies. Unfortunately, using traditional lens coupled with incremental thinking to plan for a new world is not only limiting, but ultimately futile. A paradigm shift needs to be accompanied by a mindset shift in neighbourhood policy. It is a tricky tightrope walk, and it remains to be seen how well Modi keeps India's balance.

Also read: Why Rahul Gandhi’s temple run is not ‘soft-Hindutva’