Rafale debate: Rahul Gandhi may have bitten off more than he can chew

Is India’s feudal culture allowing dynasts like Gandhi, Jyotiraditya Scindia and even a few from the BJP, to behave with impunity?

Will the Rafale controversy resonate with voters in the 2019 Lok Sabha election?

Congress president Rahul Gandhi has placed a big bet on Rafale. But after defence minister Nirmala Sitharaman’s marathon rebuttal in Parliament last week, Gandhi may have bitten off more than he can chew. He has made two serious errors of judgement: First, he mis-stated facts; second, he allowed Sitharaman to pit dynastic entitlement against working class “honour” in the parliamentary debate on the Rafale deal. 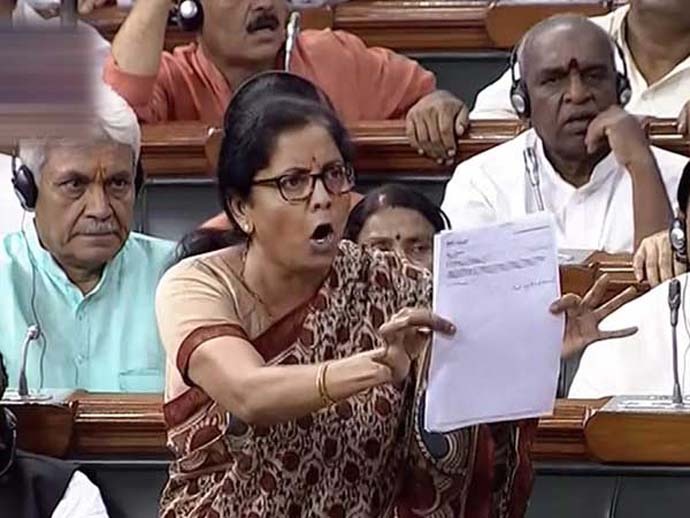 Though from a modest political family herself, Sitharaman has earned her spurs the hard way. (Photo: India Today)

Devil is in the detail

Facts have an uncanny ability to emerge from behind a wall of obfuscation built to conceal them. There are three issues around which Gandhi has concentrated his attack on Prime Minister Narendra Modi.

The first allegation relates to price.

Why, Gandhi asks, did the Modi government increase the price of the Rafale fighter jet from Rs 526 crore to Rs 1,610 crore?

The answer: It didn’t.

As I wrote in DailyO on September 28, 2018: “India is paying just over Rs 1,600 crore per Rafale fighter jet. The Congress alleges that this is three times the price negotiated by the UPA government. The comparison is odious and the Congress knows it. The price it quotes is for a bare-bones fighter. The price for the fully-loaded, nuclear-capable, Rafale India is buying is the same as that paid recently by the Egyptian Air Force for a similarly weaponised Rafale and is actually lower than what (Rs 1,705 crore) the Qatar Air Force paid for a fully-loaded Rafale.

Besides, negotiations by the UPA government for the original Rafale fighter jet deal, which began over a decade ago and were mysteriously aborted in 2012, were for the F3 version which was discontinued in 2014. The Rafale now being bought by India is the new F3R version.”

The second allegation relates to the offset contract of Rs 30,000 crore comprising 50 per cent of the value of the Rafale deal.

The answer: It wasn’t.

Offset contracts, as the inter-governmental agreement signed between India and France clarifies, will be decided exclusively by Dassault, the original equipment manufacturer of Rafale.

Dassault is currently negotiating with several dozens of Indian offset vendors. Reliance is just one of them. A final decision on which vendors will be chosen (over 100 eventually) and how much of the Rs 30,000 crore offsets each will get will be finalised only in October. But, said Gandhi in the Lok Sabha, waving Reliance’s balance sheet, the firm claims it will get Rs 30,000 crore in offsets with a lifecycle of over Rs 1 lakh crore. The burden of guilt for lowering the tone of discourse now rests on the shoulders of political dynasts. (Photo: India Today)

The timeline for ‘lifecycles’ is over 30 years. Company balance sheets usually paint an optimistic picture for their shareholders. When the offset contracts are finalised, Reliance might end up with no more than an estimated Rs 425 crore in a 50:50 joint venture with Dassault to make spare parts for small Falcon business jets.

The answer: It wasn’t.

HAL is one of the key Dassault offset partners and when offset contracts are finalised in October, HAL will get a healthier chunk of the Rs 30,000 crore offsets on offer than Reliance. Turning the tables, Sitharaman posed three key questions to Gandhi.

One, if the UPA government was so concerned about HAL, why did it not give the VVIP helicopter contract to HAL instead of the Anglo-Italian firm AgustaWestland?

Two, why did the UPA not close the Rafale deal for which negotiations began in 2007? The deal was killed in 2012. Was ‘money’ the issue, Sitharaman asked a visibly embarrassed Gandhi. “We do defence dealings,” Sitharaman added pointedly. “Not dealings in defence.”

Three, Sitharaman questioned Gandhi for disrespecting her sense of honour by calling her 'jhooti' (liar) in Parliament and labelling the Prime Minister a 'chor' (thief).

In a stinging rebuke, she told Gandhi that they had worked hard all their lives to achieve what they had without compromising on their integrity.

The debate on Rafale in the Winter Session of Parliament, which ended on January 9, however, raised several collateral issues.

Gandhi said two years ago that “power is poison.”

Should the politics of venom be allowed to compromise national security by using defence deals for electoral gain?

Is India’s feudal culture allowing dynasts like Gandhi, Jyotiraditya Scindia, the Yadavs of the Samajwadi Pary and the Rashtriya Janata Dal, the Pawars, the Thackerays and, even a few dynasts from the BJP, to behave with impunity?

Whenever there is a scam, a dynast’s family is usually lurking in the shadows.

Though from a modest political family herself, Sitharaman has earned her spurs the hard way. That doesn’t give her a free pass on integrity.

But as the ongoing controversy on the Rafale deal has demonstrated, the burden of guilt for lowering the political discourse lies squarely on the shoulders of India’s entitled dynastic families.

Also Read: Rafale may not prove to be 'BJP’s Bofors' – and the reason would be the Congress

#Congress, #Nirmala Sitharaman, #Rafale row, #Rahul Gandhi
The views and opinions expressed in this article are those of the authors and do not necessarily reflect the official policy or position of DailyO.in or the India Today Group. The writers are solely responsible for any claims arising out of the contents of this article.