In Kashmir, the community is excluded not just from public spaces, but also from public discourse, including books and newspapers.

As the pride marches began unfurling their rainbow umbrellas on a drizzly day in Delhi, celebrating the Supreme Court of India's decision to strike down the IPC section that criminalised 'unnatural' sex, it was just another day of exclusion and quiet for the LGBTQ community in Kashmir.

While the Indian Penal Code does not apply to J&K, the Ranbir Penal Code, compiled by the erstwhile Hindu Dogra Rulers of the state, in its Article 377, criminalises 'unnatural' sex.

However, the Supreme Court ruling striking down a similar provision in the IPC effectively renders the Ranbir Penal Code Art 377 void — since under the Delhi Agreement 1952, the Supreme Court's jurisdiction has been extended to the state of J&K. 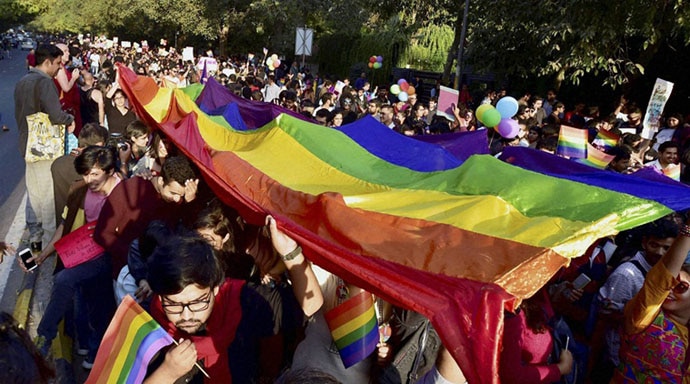 The Colours of Joy: The LGBTQ flag of celebration is yet to reach those on the margins. (Photo: PTI/file)

Subreen Malik, an advocate and founder of the Kashmir Women's Collective, says: "Had the Indian Parliament struck down Article 377, we would have needed a parallel Presidential Order to strike down RPC 377. But since it was the SC that struck it down, it makes the RPC 377 a 'dead law'."

But while the state has been forced to decriminalise our sexual preferences, what does one do when the violence — broken skulls and broken spirits — comes not from the usual suspect, the state, but the family?

The transgender community in Kashmir gave their first detailed interviews to Aijaz Bund, the first researcher to do an extensive anthropological study of the community in Kashmir. This was compiled into a book called Hijras in Kashmir, A Marginalised Form of Personhood. The stories one reads begin with how and when it was discovered that transwomen were not inherently fitting into the heteronormative binaries of Male and Female, and a saga of brutality and abandonment followed.

It was the families that remained the principle perpetrators of physical violence, mostly male members inflicting regular beatings and extensive psychological torture on sexual minorities — so much so, that after a point, the Hijras were not left with much of a choice but to run away to sleep on the footpaths, often as teenagers.

With no money, no family to back them up, no education, no place to call home, they end up getting sucked into series and hierarchies of exploitative societal structures. Abandonment, one of the fears that every individual harbours, is something they have all had to face.

"One of our friends lay dying on a footpath, and he died on that road among dogs and garbage. Nobody touched him," a prominent trans-voice in Kashmir said during Dr Aijaz Bund's book launch last year, which had been organised by the Kashmir Women's Collective.

Dignity apart, the discrimination against their being pushes them to the margins in many other ways. When a teenage boy is thrown out of the house, when school mates bully queer kids, they are left with little choice but to be school drop-outs. Most formal economic channels are closed to them, but even informal economic avenues shun them.

With arranged marriages taking a back seat, as Kashmiri society progresses, and as women and men choose their own partners, singing remains the last "dignified" occupation available to them. But occupations that sustain you when you're young may not as your body ages. “I am nearing 60, how long will my throat have the strength to sing for hours at a time?”, said Reshma, who ironically shot to fame as one of her singing video clips went viral. It is old age that they dread. With no pension, no children, no siblings, and acute social stigmatisation, they live and die on the margins. 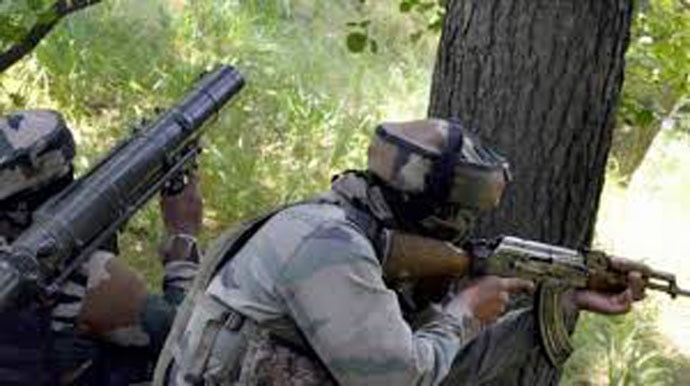 Yet, the identity that they seek is within the confines of Muslim society — they are no rebels against Muslim society. When I questioned them about the 2013 SC ruling criminalising homosexuality, the answer was unanimous. They all welcomed the judgement! It baffled me, but truth is often found in shades of grey. They accepted the judgement because it was in consonance with Islamic rulings, which frown upon same-sex love. They wished to carve for themselves an identity which was an intrinsic part of the orthodox Muslim world. The dominant sentiment being: "Hum Ko khuda ne banaya hai (It is God who created us). So, how can our Kashmiri Muslim brothers and sisters shun us?”

When they reach out to the Muslim majority in the state to accept them as a part and not as rebels, they leave out the gays and lesbians. The trans-men and women I spoke to were unanimous in making clear and bold the distinction between themselves and homosexuals. “They cannot be allowed to be a part of such a pious society” and “What they do is a sin” came the responses.

While the internal politics of the LGTBQ in the mainland remains, yet there is a cohesiveness — of being queer — that binds them at another level. As they wave their rainbow flags, they march together.

Kashmir is another story.

Kashmir has a history of gay love and liasons, so much so that the Kashmiri language has a name for them, 'Monde Baaz'. Pre-2000 Kashmir allowed for cultural and sexual diversity, a permissiveness that disappeared as a Wahhabi outlook and thought have spread in the Valley. Gay and lesbian love remained forbidden in the theocratic texts throughout, but when heterosexual majorities mostly were not even aware of such "deviances", they could hardly police them.

It was this thin cloak of acceptability, along with secrecy, that allowed gay men to live with their partners.

But later, in the post-liberalisation era, as cable TV became a household thing, so did homophobia.

As religious channels like Peace TV read out the texts and the punishments in details, pronouncing every sin and quoting every divine verse, they trampled on the "grey zone" that Kashmiri society had lived through years, eating mutton on some days, being vegetarian in reverence of a peer on others. Now, you are either a Muslim or an apostate.

In this environment, gays and lesbians in Kashmir never even had a public organised meeting, let alone put up a strong, brave, organised front that the Queer community in other parts of India has. Even in the most "liberal" gatherings, they are not talked about publicly.

They are not only excluded from public spaces, in bare contrast to the mainland, they are also excluded from books, local newspapers and magazines. No Queer theory is discussed in colleges in Kashmir, no Simon De Beauvoir is read there. In a place that's facing the doldrums of conflict, there is little space for sexual minorities amid the dominant narratives. "How many people died today?" remains the daily headline, crushing every other thought.

I wonder what the detailed 400-page judgement of the Supreme Court would mean to a community that hides behind the stigma of apostasy, of being the followers of 'Qaum e Lut', and users of fake Facebook accounts.

The judgement talked of constitutional rights being paramount over majoritarian morality. The law may surely protect sexual minorities from the state — but who will save the gays and lesbians of Kashmir from their own fathers and brothers? I wonder what the transgender community felt when the court said 'history owed them an apology'. (Photo: PTI/file)

In a society in which there are militaries and armed insurgents, more hierarchies and layers of power emerge.

In an India Today documentary called the 'Third Gender of Kashmir', Rekha slowly narrates gory details of how in an army crackdown, she was forced by the state forces to dance in front of a huge crowd, which also included her family members. "Wo kya kar sakte the (what could they do)? We were all helpless," she says.

A Kashmiri student, Sofi Owais Talib, narrated his childhood memories of being brought up by a loving transgender, Bashir. Bashir would be humiliated every time he went out — he was laughed at, mocked, but he never said a word back. He would simply cry in silence.

But worse was yet to come.

Bashir was abducted and raped by a neighbour — who also happened to be a local militant commander. No person in his senses could dare file an FIR against the militant. Bashir was humiliated and broken and left the house, when helpless Sofi was a child. Ever since, no one has heard of him.

I wonder if Bashir is alive, if he saw on TV the jubilation of the pride marches.

I wonder what he felt as the rainbows marched, men kissed in the rain, and celebrated the 400-page verdict which was read out loud on every news channel.

What did Bashir think when Justice Indu Malhotra declared that history owed the LGBTQ community an apology?

But then, unlike his counterparts in Delhi, who fight in the courts, teach in universities, kiss in the rain, Bashir was a school drop-out who neither understood English, nor Queer Theory.

The celebrated 377 verdict will remain a fig leaf, unless taken to the Queer community of Kashmir that survives on the margins.

#Kashmir, #Lgbtq rights, #Homosexuality, #Section 377
The views and opinions expressed in this article are those of the authors and do not necessarily reflect the official policy or position of DailyO.in or the India Today Group. The writers are solely responsible for any claims arising out of the contents of this article.