Attorney general KK Venugopal has gone on record to say that the Centre shall support Section 377 in the Supreme Court. He has also recused himself from appearing in the case as on an earlier occasion he appeared for the petitioners in the Naz Foundation case in the apex court when he wasn't serving as the attorney general of India. While one may argue that the word of the attorney general should not be taken as the last on the issue since he is not the government counsel in the matter, it is at the least indicative of a deep sense of conflict within the government.

While top BJP ministers such as Arun Jaitely have gone on record to oppose Section 377, the Centre officially has remained tight-lipped about it. Just a day before the constitution bench was about to start hearing the curative plea against its earlier judgment, the Centre sought adjournment and some more time to file its reply. The Supreme Court, however, refused to grant any further time.

Even on July 10, Tushar Mehta appearing for the Centre, abstained from giving any clarity on the stand of the Centre on this matter. 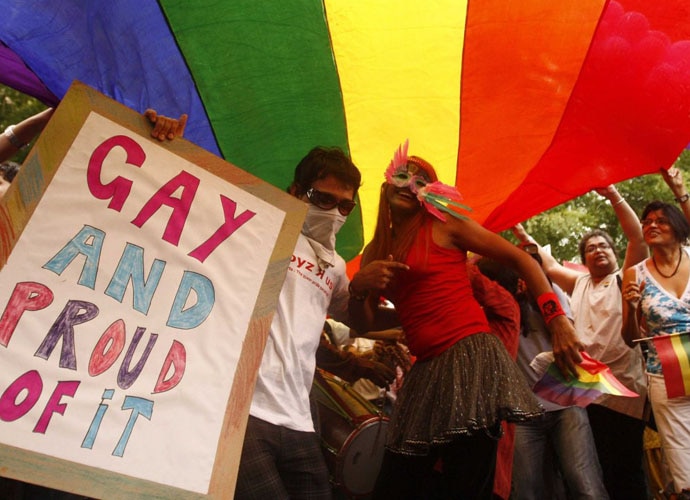 On July 10, during the course of the arguments, when Rohatgi sought to expand the ambit of the debate to larger civil rights of cohabitation, marriage or inheritance, the Supreme Court cautioned against widening the debate.

Tushar Mehta too took an objection to the expansion of the debate. He argued that the current debate should be restricted to whether homosexuality should be criminalised and not to any larger issues of civil rights. He further clarified that at this point, he is not expressing any view on the matter.

If one looks at the cautious narrow approach adopted by Mehta and the statement of AG in the media, it's not difficult to guess that the Centre is likely to be evasive in its response. It's unlikely that it's going to put out a frank view. Whichever way the view might steer, it will be full of caveats for the government to defend itself politically. The government, which is internally divided on the issue, doesn't want the schisms to be out in the open, especially with the elections ahead.

It's expected that the government will file its reply very soon and this response will need a very careful and politically defensible drafting.