For those who were closely watching the border state of Tripura in the Northeast, despite the impeccable credentials of a rare chief minister like Manik Sarkar, the Assembly results seemed like a foregone conclusion. Indeed, even die-hard optimists gave the CPM a thin margin, perhaps, a neck-and-neck chance, considering the organised rise of the BJP and the RSS in Tripura, with full money power, hyperbolic promises and loaded with central resources.

Plus, there was the inter-play of complex factors that underlined the politics and social demography of this tiny "peaceful state" in close proximity with Bangladesh.

Peaceful - for more reasons than one. For four decades and more, the CPM ruled the state, and for many, it was the sober and simple personality of Manik Sarkar which shined in the green landscape. Sarkar gave away his entire salary to the party, lived on Rs 2,000 plus per month given by the party, with a tiffin of puffed rice, apparently his favourite, had a bank balance of less than Rs 2,000, just a fraction of a little land on the outskirts of capital Agartala shared with his sister, no car, no property, no email account, not even a mobile. He was certainly a stoic, classical communist, and Tripura seemed proud of him, even while the party bosses in Delhi, Kerala and Kolkata, never really thought it important to showcase him in the national stage. His wife, Panchali Bhattacharya, a retired government official, travelled on rickshaw and public transport, and was as stoic and classical a communist as her husband.

There are other reasons as well, as to why it took so long for anti-incumbency and the rise of Hindutva to outsmart Sarkar’s regime. He effectively restored peace and communal harmony in a state infested with violent insurgency and cross-border terrorism and strife. He was the first to abolish the draconian Armed Forces Special Powers Act (AFSPA), unite the Bengalis and the tribals, stop the forces of separatism (now aligned with the BJP), clean up the system, raise literacy to almost 90 per cent, eliminate poverty and malnutrition in large areas, push for women’s empowerment as a policy on the ground, restore law and order, give tribals their traditional rights. 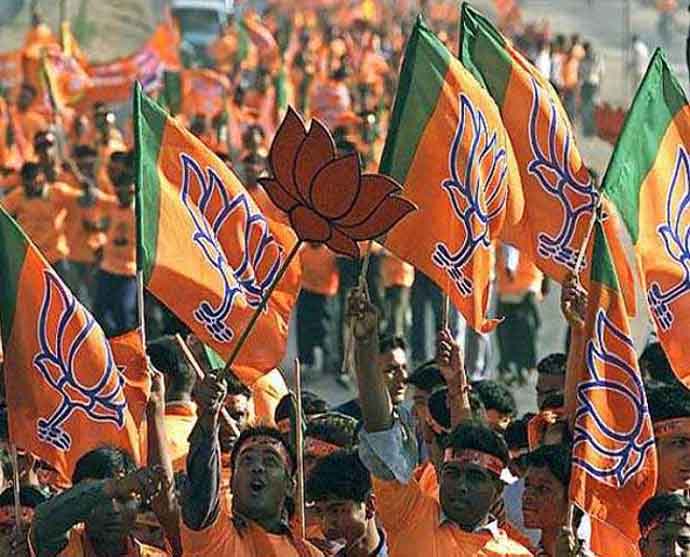 He also blocked hate politics which seemed to have stalked other parts of the country, especially the Hindi heartland, since the arrival of the BJP’s majority regime in Delhi since 2014. Literacy and unemployment, though, went hand-in-hand, due to lack of infrastructure, investment and industry; but, Sarkar would nonchalantly respond that this has been a national phenomena since the new regime in Delhi has failed in all its promises, and a direct fallout of demonetisation as well. So why blame only tiny Tripura?

However, to come face to face with the bitter realism of the contemporary scenario, the BJP has risen for the following complex electoral and social factors: Ruling for 25 years with impeccable honesty is just not enough for the modern electorate, especially the aspiring educated classes, high on the flip-side of globalisation and liberalisation, and low on history, philosophy or social sciences. The downward filter theory has not really worked in India, but it is still an eternally seductive and addictive lollypop - hanging like "lucy in the sky with diamonds".

Anti-incumbency is the primary reason for the loss of Sarkar’s  government, even  while the Opposition, namely the Congress and a section of the Trinamool Congress have been decimated, coopted, sidelined, subverted or bought over, most of it willfully, with the Congress high command in Delhi, head safely in the sand, refusing to see the writing on the wall.

The Congress in-charge of Tripura, CP Joshi, reportedly, visited it only once, while Rahul Gandhi displayed little interest. Most elected representatives of these parties went over to the BJP, so that many seem to have only voted for the old Congress in a new saffron avatar.

The tribal-Bengali conflict has been simmering for decades, and it goes to the credit of Sarkar, who reconciled the difficult layers of inherited differences. While a large chunk of Bengali voters have been aligned with the Congress, the tribals, with their indigenous rights ushered in by the Left regime, chose to go with the CPM. The separatist and militant Indigenous People’s Front of Tripura (IPTF), which got zero votes in the last Assembly polls in 2013, has won eight out the nine it contested, thereby clearly implying that the tribal vote base along with a large chunk of the Bengali vote base has shifted away from the Left to the separatists and the BJP.

Almost the entire Congress voter base has gone over to the BJP.

According to unconfirmed reports, the CPM has scored around 47 per cent votes, still the largest share. The BJP, with 42 per cent and the IPTF, with 8 per cent, has scored a combined tally of 50 per cent. Indeed, for the BJP, it is still a risky proposition, combining the Bengali vote base with the militant tribal separatism. This can crack anytime, or create sharp fissures. Time will tell how it will play its dangerous Hindutva card in this edgy scenario in a strategically located state.

What is significant in Tripura, as in West Bengal, is that there is an eternal and incipient communal current in the mainstream Bengali population. How the Congress in the past, in the  absence of Hindutva forces, was able to use this current, and yet failed to topple a stagnating CPM, remains a mystery.

In West Bengal, Mamata Banerjee has outclassed the Left by appropriating all the inherited intellectual symbols of the Bengali heritage: from Rabindranath Tagore, Raja Ram Mohan Roy, Ishwar Chandra Vidyasagar, to Ramkrishna Paramhansa, Vivekananda, Rani Rashmoni, you name it. Even Satyajit Ray and megastar Uttam Kumar’s photogenic memories, along with the other legends, are carved all across Kolkata, adorned with Mamata’s picture - making her the proud inheritor of a great legacy. Red flags or Left wall graffiti seem to have vanished in Kolkata, where local clubs, once CPM bastions, have been taken over by Trinamool, while rural Bengal, where the CPM did land reforms and entrenched its extra-constitutional, often, lumpen base, has opportunistically shifted to the  ruling regime.

The BJP, despite coming second in some bypolls in Bengal, can’t even plant its flag in large parts of rural Bengal. Indeed, observers believe that the Tripura result might polarise the communal dimension among certain sections of sectarian Bengalis, especially in the middle class, and in border areas.

The chanting of "Jai Sri Ram", communal polarisation, and the rise of Hindutva was marked since 2014 in Tripura when the RSS took over the shakhas and injected new dynamism to its politics in the border - with the eternal phobia of the Bangladeshi Muslim factor being played to the hilt.

Sarkar’s popularity or honesty, however, could not hide occasional cases of corruption, faulty implementation of grassroots programmes, the weakening of the Left’s organisational structure, and some of the Left leaders choosing not to be so die-hard honest as their chief minister.

Finally, Sarkar has to pay the price.

The irony is that when Prakash Karat became general secretary of the CPM, he declared that they will enter the Hindi heartland. From UPA 1 in 2004, the 60 united Left numbers in the Lok Sabha have been reduced to about 10 in the current Lok Sabha. The CPM has been finished in Bengal, defeated decisively in Tripura.

While the Karat versus Sitaram Yechury line plays out in full glare, the fall and fall of the Left in contemporary India is as transparent as the old Marxist prophecy: history repeats itself, first as a farce, then, as tragedy, and a nightmare.