US withdrawing troops from Afghanistan: Instead of whining softly, India must be hard-headed and hard-hearted too

The US wasn’t in Afghanistan for India’s sake or to protect India’s interests.

Reports that half of the US troops in Afghanistan are going to be pulled out over the next few weeks and months have set off alarm bells in India.

The move is being seen by many strategic analysts in New Delhi as the beginning of the end of the current episode of ‘The Great Game’ in Afghanistan. There is great concern over not just what the drawdown means for Afghanistan, but also over what it means for India.

Fears that a destabilised and Talibanised Afghanistan will impact India, leading to a spike in jihadist terrorism are real, as are concerns over Indian investments — political, diplomatic, economic and security — in Afghanistan going up in smoke. 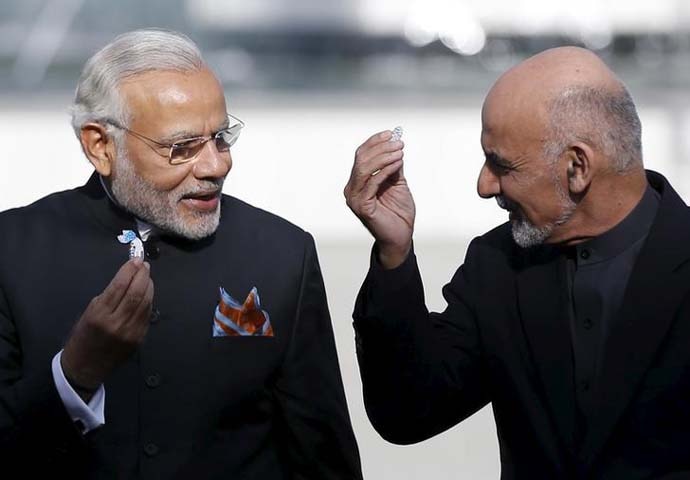 India must understand that in Afghanistan, every endgame is only the beginning of a new ‘Great Game’. (Photo: Reuters)

But a cool-headed, if cynical, assessment of the developing situation would suggest that some of the fears being expressed are somewhat misplaced — maybe even far-fetched.

If the few thousand foreign troops that advise, train & assist, leave it will not affect our security, in the past four & half years our security is completely in the hands of Afghans and the final goal is that ANDSF will stand on their feet to protect & defend soil on their own.

For instance, while it is true that a Taliban victory will work like a shot in the arm for all sorts of jihadists and Islamists — and there is likely to be an upsurge of jihadist violence in Jammu and Kashmir — the fact of the matter is that India’s problems in Kashmir originate and emanate from Pakistan. With or without the Taliban, Pakistan will continue to be a thorn in India’s flesh.

The Taliban can enter India only through Pakistan.

This means that the Taliban won’t be able to pose any major threat to India — if India is able to work out a plan to shut down the ‘jihad factory’ in Pakistan. The concern over regional destabilisation because of radical Islamists in Afghanistan is another matter. But contending with and confronting that is something that India will not be doing alone. Instead of being despondent over the turn of events in Afghanistan, India must understand that in Afghanistan, every endgame is only the beginning of a new ‘Great Game’.

Even though India might be out of the game for some time, eventually India will find a way in. But this will only happen if instead of being soft-headed and putting a lot in store of soft power, India’s policy is both hard-headed and hard-hearted enough to not hesitate to use hard power to further its interests.

The first thing India will need to do is to stop whining about what some other countries, including its ‘strategic partners’ like the US, do in the pursuit of their own interests. It doesn’t make any sense for Indian strategists to bristle at what they would describe as ‘American fickleness’, or even ‘betrayal’, in Afghanistan.

Let's get real: The US wasn’t in Afghanistan for India’s sake or to protect India’s interests. (Photo: Reuters)

Let’s face it — the US wasn’t in Afghanistan for India’s sake or to protect India’s interests.

If India got back into the game post-9/11 — the Taliban takeover in 1996 had ousted it from Kabul and it was only after the Taliban were defeated in 2001 that India got back in Kabul — it was as a by-product of the US War on Terror. Just as the US entered Afghanistan for its own sake, it is going to exit in its own interest.

Expecting the US to stay on because it serves India's interests is, to say the least, unrealistic.

The fallout of the US exit might impact India adversely, but this too will be collateral damage of the US decision, not the primary objective of changed US policy. India needs to learn to deal with this reality, rather than complain about it.

The thing is that from 2001 when India got back in, it had a great run in Afghanistan. India’s Afghan friends were in power and this gave India enormous influence. Add to this the goodwill earned by India with its Afghan-driven development programmes.

If, despite all the benefits and advantages India enjoyed over these 17 years, India was not able to use the opportunity to achieve strategic objectives, then this isn’t entirely the fault of the US. The fact that India was riding on the US shoulder in Afghanistan naturally limited the room for India to play the way it might have wanted. This, however, doesn’t absolve Indian officials who also refused to use the room available to their strategic advantage. Given that at the very top levels of government, the officials were tailoring India’s policy according to Pakistani likes and dislikes – the standard line was to not do anything the Pakistanis would consider provocative — meant that we further constricted the space available by our own pusillanimity and diffidence.

With India reluctant to play hardball — the Afghans were not given the sort of weapon systems and platforms they required to fight the enemy – all it could do was to flaunt its ‘soft power’, which was never going to be enough in a setting where hard power was always going to be the deciding factor.

Of course, part of the reason for India’s hesitation on using the instruments of hard power was the US’ delusion that Pakistan was actually a partner in the ‘War on Terror’ and not the problem.

In order to encourage Pakistan and keep it on its side, the US was averse to India extending its footprint in Afghanistan. By the time the US realised that it had been had by Pakistan and sought a greater role for India, it was too late.

It didn’t make sense to step into the Afghan quagmire to clean up the mess created by the US failure to pressure the Pakistanis and stop their treachery. There were also issues of logistics lines as well as command and control. Most of all, it is a bad idea to have boots on the ground in as treacherous a terrain as Afghanistan. A lot more can be achieved through other means than by putting yourself in harm’s way.

All that is water under the bridge now. The question that now needs to be answered is what options India has in the changed situation. Both the Iranians and the Russians are currently batting for the Taliban. (Reuters: Russian Foreign Minister Sergei Lavrov welcoming a Taliban delegate to Moscow)

One option is of course what is being advocated by many in the strategic community — reach out to the Taliban, make your peace with them (even if you have to hold your nose while doing this) and stay in the game, albeit with a much lower profile than India maintained in the last nearly two decades.

But this would be the stupid thing to do.

For one, even if India was to accept the Taliban, there is no certainty that the Taliban are ready to accept India, at least, not in the foreseeable future. Their attitude to India might change with time, when their dependence on Pakistan reduces, and their problems with Pakistan increase. India is a natural ally for Afghans whenever the Pakistanis get too overbearing, interfering and demanding.

But that stage is still quite some distance away.

For India to even be seen dealing with the Taliban at this stage would be to get the worst of both worlds: the Pakistani proxies — Taliban — will hardly be forthcoming, and we will also lose our friends and allies in Afghanistan. In other words, not only do we lose our friends, we also don’t make friends of our enemies.

Plus, there is the whole moral, philosophical and political issue of dealing with medieval barbarians like the Taliban.

Perhaps a better option would be to show resolve in backing our friends, biding our time and waiting for the situation to once again take the dramatic turn that is inevitable in Afghanistan.

Even if the Americans quit Afghanistan, there will be Afghans who will resist the Taliban. They will need both monetary and material assistance — India must start figuring out a way of delivering this to them, easier said than done, given that both the Iranians and the Russians are currently batting on the side of the Taliban.

Despite these limitations, India must back the anti-Taliban forces.

The other thing India can do is to use the goodwill it has earned and the links it has established to cement the anti-Taliban forces. Without interfering in Afghanistan’s internal affairs, India can still build partnerships between various stakeholders and raise the capacity and capability of its friends to resist the Taliban onslaught. Essentially, India will need to step beyond conventional and conservative diplomacy to play a more pro-active role in supporting the Afghans.

Finally, as said earlier, there is no final endgame in Afghanistan. Holding your nerve and patience, and acquiring the suppleness to grab opportunities that keep presenting themselves is the name of the game.

There is never anything constant in Afghanistan.

For instance, the US withdrawal might end their dependence on Pakistan, and with it may end their diffidence to turn the screws on Pakistan, which isn’t so bad for India.

Alternatively, the US might forget what happened and like Russia today, try to rebuild its relationship with Pakistan, in which case other regional players will change their policy on Pakistan.

Simply put, in Afghanistan, alliances and allegiances keep shifting, equations keep changing, interests keep getting re-defined. These are the opportunities that must be grabbed. India will, therefore, always be in the game, though it might have to spend some time sitting on the bench or being just another observer in the crowd.

Also Read: How US foreign policy is confusing India