Virat Kohli's antics are downright appalling. Here's why they make me cringe

With his constant over-aggression, the Indian skipper has earned more brickbats than bouquets. He's also not helping his side. Can we just get on with the game please?

Virat Kohli is a sight to behold on the field. Passionate, fiercely competitive and ever-expressive, Warrior Virat is the nemesis of India's opposition. If you walk out to the park to defeat India in a cricket match, then you need to be ready to face his wrath. And if you happen to be an Australian cricketer up against Virat Kohli, then you've had it. You could be Steve Smith, David Warner or even poor Tim Paine, only standing in as Aussie captain after the regular skipper urged a newbie to work some magic on the ball with a piece of sandpaper.

There are two sides to Kohli — the batsman and the man.

This year, even as India struggled in away Tests in South Africa and England, Kohli shone with the bat. Hundreds in difficult, hostile conditions against some of the best bowlers of his generation have assured him a place among the greatest of the game. 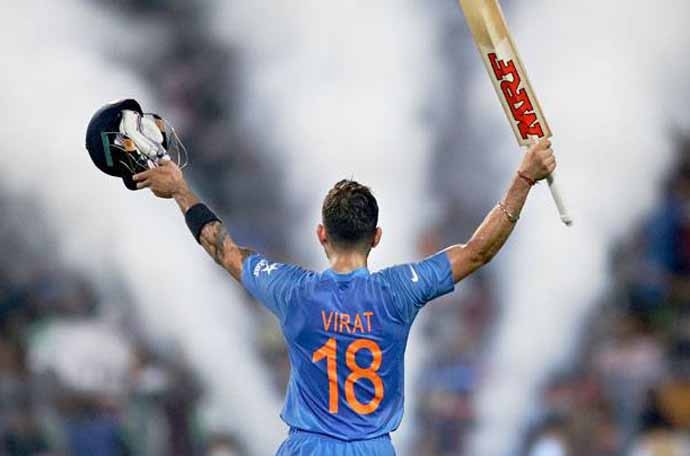 Now, what about Kohli, the man?

Paine cheekily asked Murali Vijay if he really liked his skipper as a bloke. The Australian captain's words were caught on stump microphone and a video went viral. Kohli is widely admired in India and there was understandable fury among fans.

But Paine, many feel, had every right to engage in such banter. For two days, the Indian and Australian captains acted like errant school kids — at one point, Paine called Kohli "big head."

The next day, the two men — one aged 30 and the other, 34 — nearly collided with each other and had to be separated by the umpire. It was shameful. As an Indian who values his cricket, I was appalled and aghast. Growing up, I idolised Tendulkar and Dravid — gosh, I thought Dravid was aggressive and fierce. The way he played the hook or the way he came forward to defend a fireball from Shoaib Akhtar — there was intent written all over it. There was a time when Rahul Dravid was considered 'fierce'. But in a different way. (Source: Reuters)

Virat Kohli makes me cringe. His actions and words make me cringe. All that phony hatred and aggression — well, that does not sit well with me.

I am all for some banter on the field. You would have heard enough funny anecdotes from Sourav Ganguly, Virender Sehwag and Harbhajan Singh. They could shut up a sledging opposition player with their wit — and there was class.

Sanjay Manjrekar felt the Indian captain needed to be more responsible. Sunil Gavaskar said the Indians had it coming for they were the ones who started the needless needling now and back in 2014, when the Aussies were still mourning the loss of Phillip Hughes.

Australia feared Sachin Tendulkar — and respected him in equal measure. Even the most hardened Australian fans would stand up to applaud his many masterclasses in that country. VVS Laxman was a constant thorn in the flesh for Australia, but boy, did they still love him! And Rahul Dravid. Okay, Ganguly could be a different story, but he was never as tactless as Kohli often is.

Naseeruddin Shah, an actor of no mean repute in India, was just as aghast with Kohli's antics and ranked him the world's worst-behaved player. 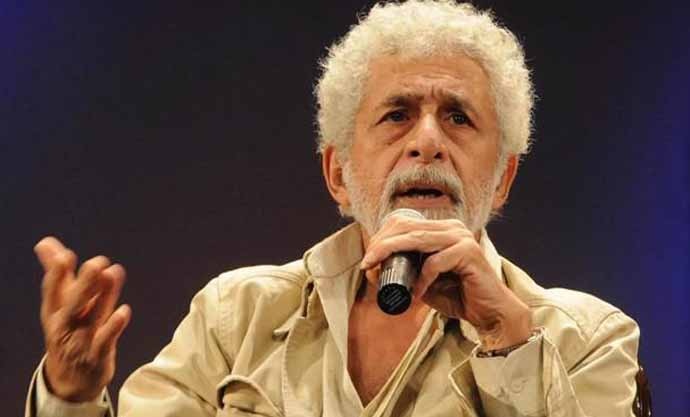 And to make matters worse, despite Kohli's fire and stinging words, India lost the Perth Test — their seventh away defeat in 10 matches this year.

Several members of the Australian cricket team must be having a hearty laugh now.... at Virat Kohli's expense.

#Naseeruddin Shah, #India-Australia Series, #Cricket, #Virat Kohli
The views and opinions expressed in this article are those of the authors and do not necessarily reflect the official policy or position of DailyO.in or the India Today Group. The writers are solely responsible for any claims arising out of the contents of this article.