Johnny Depp and Amber Heard trial: What is the Kate Moss staircase incident?

In her shocking testimony on May 5, Amber Heard name-dropped supermodel Kate Moss. In case you didn't know, Kate Moss and Johnny Depp famously dated between 1994 and 1998.

Amber Heard said in her testimony that she punched Depp for the first time when she thought that he was going to push her sister Whitney, down the stairs. Heard testified, "She [Whitney] threw herself in the line of fire. She was trying to get Johnny to stop [fighting with Amber]. Whitney's back was to the staircase, and Johnny swings at her ... I don’t hesitate and wait, I instantly think of Kate Moss and stairs."

Heard had previously testified, while describing the same fight involving Johnny, Amber and Whitney, "I remembered information I had heard (that) he pushed a former girlfriend - I believe it was Kate Moss - down the stairs. I had heard this rumour from two people and it was fresh in my mind."

But why did Heard remember Kate Moss and a flight of stairs?

THE ORIGIN OF THE RUMOUR: Kate Moss and Johnny Depp met back in 1994 at New York City's Cafe Tabac and did not shy from publicly displaying their affection. Back in 1994, a friend of Depp told People, "They can’t keep their hands, lips, mouths, legs off of each other."

The couple was known to visit Hollywood hotspots like the restaurant Chateau Marmont and the Hollywood Roosevelt hotel, both in Los Angeles, but were even more famous for their hotel trashing incidents. In September 1994, Depp and Moss got into a fight at New York's Mark Hotel, after Moss accused him of cheating on her. The NYC Police arrived at the scene and Depp was arrested for trashing his hotel room. He was charged with 'criminal mischief' and asked to stay out of trouble for 6 months by a criminal court judge. Depp paid around US $10,000 in damages, and the charges were dropped.

The Robb Report reported that Depp trashed the hotel room because of Moss's accusation. Depp claimed that the damage had been done by an armadillo that 'popped out of the closet'. No one at the scene was able to find the armadillo.

While Robb Report said that Moss was found 'dishevelled' at the scene, People reported that the NYPD found Depp in a state of 'possible intoxication' and Moss 'uninjured'. This incident led to rumours that Depp had pushed Moss down a flight of stairs. Neither Depp nor Moss have ever commented on the rumours.

MOSS TOO TRASHED A ROOM: Depp wasn't the only person accused of trashing a hotel room. After breaking up in 1997, Moss and Depp appeared on the red carpet at the Cannes Film Festival in May 1998 During the festival, Moss was reprimanded for wearing a bikini in the hallways of the Hotel du Cap in Antibes, South of France. The hotel is known to be particular about its dress code and in response, Moss reportedly trashed her hotel room. This resulted in a lifelong ban on Moss from entering the hotel.

THE BREAKUP: Moss and Depp's breakup broke a lot of hearts across the world, including their own. In an interview with Hello in 1998, Johnny explained the reason behind the pair's breakup. The actor told the magazine, "I’m the one who has to take responsibility for what happened—I was difficult to get on with, I let my work get in the way and I didn’t give her the attention I should have done." 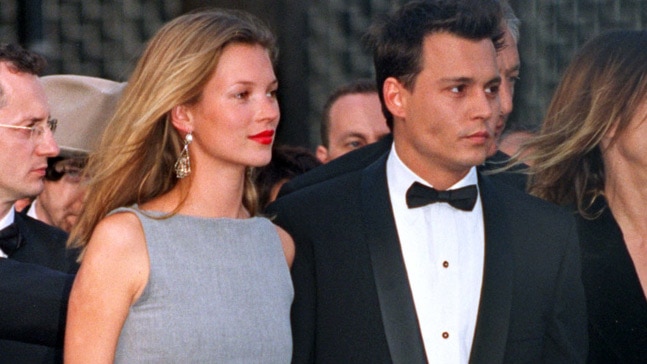 In 2012, Moss also expressed her regret over breaking up with Depp. "There’s nobody that’s ever really been able to take care of me. Johnny did for a bit. I believed what he said. Like if I said, ‘What do I do?,’ he’d tell me. And that’s what I missed when I left. I really lost that gauge of somebody I could trust. Nightmare. Years and years of crying. Oh, the tears," the supermodel said in an interview with Vanity Fair.

Here is what Johnny revealed during his testimony.

These are the 10 shocking revelations Amber made during her testimony.