DailyOh! Delhi gang rape convicts hanged on Friday, but why Friday wasn’t good for two others, to how to stop ‘Super Girl’ Kanika Kapoor

In 1984 and 2013, dates of two death warrants were changed because the people couldn’t be hanged on Friday.

You must have found out by now that the seven-year-long wait for the parents of the December 16 gang rape and murder victim ended at 5.30 am today, with the four convicts being hanged till death. This, you must be aware, is the first time four people have been hanged together in South Asia’s largest prison complex, Tihar. 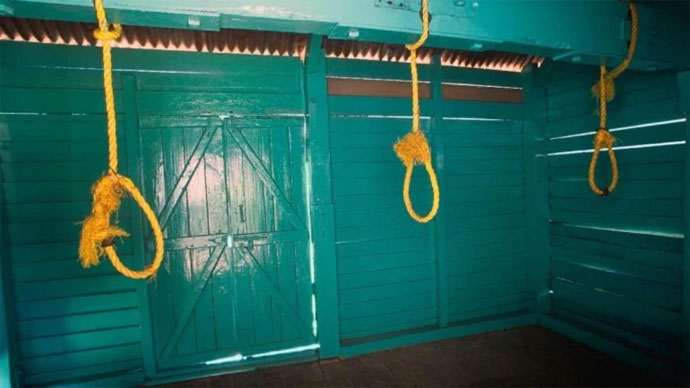 Akshay Thakur, 31, Pawan Gupta, 25, Vinay Sharma, 26, and Mukesh Singh, 32, reportedly did not eat their last meal, as in, the dinner that was offered to them. They also did not sleep the whole night and didn’t take a bath before they walked to the gallows. When asked about any last wishes they wanted fulfilled, they said they had none.

Now, you know that this hanging has happened on a Friday, but there were two cases in which the hangings were postponed precisely because it was a Friday. The first case dates back to 1984. The second was in 2013.

The 1984 hanging was that of Kashmiri militant Maqbool Bhat and in 2013, it was Afzal Guru. Coincidentally, in both cases the trial courts issued black warrants that were to be executed on Friday. A black warrant is nothing but a death warrant. The dates were changed in both instances after realising that the hangings would generate massive protests in Kashmir after Friday prayers. Massive crowds gather at local mosques to offer namaz on Fridays and that’s when, it has been seen, provocative sermons are issued, unleashing violence. So dates had to be changed.

But we got talking about Friday hangings because we were talking about the hangings of the Nirbhaya gang rape and murder convicts. While that may or may not act as a deterrent for men who think it okay to rape women, there is a serious need for the government to put in place laws that force people like Kanika Kapoor to not hide their travel histories.

The Baby Doll and Chittiyaan Kalaiyaan singer came back from the US, didn’t inform authorities and then attended a party in one of Lucknow’s five-star hotels. The actor was with about 100 people at the party and all of them could be at risk. Not just them. The people who would have met these 100 people are also at risk. You can read the full details here.

Kapoor might have thought she is the ‘Super Girl From China’ just because she sang that song, but then this virus which first wreaked havoc in China is stronger than all of us till we find an antidote to it.

If you still have any doubts about how this virus spreads, you must watch Contagion (2011). The movie is on Amazon Prime and is a fictional account of an outbreak of a dangerous infectious disease occurring globally. This work of fiction is now the current world’s reality.

So, what we are trying to say is that do not be Kanika Kapoor. Be a responsible citizen. Practice social distancing. Prime Minister Narendra Modi in his address to the nation yesterday declared a ‘Janata Curfew’ from 7 am to 9 pm on Sunday. Not every Sunday. For now, just March 22. Everyone is requested to stay indoors during this time period. Also, you are requested to come out to your balconies and terraces at 5 pm on Sunday and clap as a token of thanks for the countless health officials who are out working to save lives. Please make sure you join the country in this thanksgiving exercise on Sunday.

But more importantly, try to make the curfew a success. Some say it is a dress rehearsal for a complete lockdown which might be imposed if the disease spirals out of control. In all likelihood, it will.

Do you know what the word curfew actually means? We will tell you that because curfew is our Word Of The Day.

The word curfew comes from an Old French word cuevrefeu, which meant ‘cover fire’ with cuevre meaning ‘to cover, and feu meaning ‘fire’. The word was also used to describe the time of the extinguishing of candles and lights. That is why they have ‘curfew timings’ in hostels, mostly women’s hostels, when it’s dark and everybody must be in. Over time, curfew has come to refer to getting people off the streets, often during times of civil unrest.

Remember, we are not trying to scare you. We are only trying to ensure you do not let the guard down. Everyone is making efforts to spread awareness. Google is doing it like Google does it best – through doodles.

You must have seen today’s Google Doodle. Did you recognise the man in it? Oh, that’s Ignaz Semmelweis, the man who taught the world the importance of washing hands. A few days ago, we told you how he did that. You can read it here, ICMYI.

While we told you he died in a mental asylum, we did not tell you what killed him. Ironically, he died of an infection in his right hand. Some say when Ignaz lost his job, because the doctors whom he asked to wash their hands turned against him, and the world declared him mad, he became a very bitter person. Once, he landed in a fight with some of his detractors. He suffered an injury to his hand during that fight and eventually died at the age of 47 in 1865 because the injury turned gangrenous. Ignaz Semmelweis, the man who taught the world the importance of washing hands.

What a cruel irony, we say.

While the world is battling the coronavirus, a battle was on in Madhya Pradesh. That battle was on between the BJP and Congress. For now, the BJP seems to have the musical chair as Congress leader Kamal Nath had to resign from the post of the chief minister.

Nath resigned after a 10-minute speech on Friday afternoon. Do you know that Indira Gandhi used to call Kamal Nath her third son, after Rajiv and Sanjay Gandhi? There was a very popular slogan back then which reflected Kamal Nath’s importance in Indira’s life. The slogan said, “Indira Gandhi ke do haath; Sanjay Gandhi, Kamal Nath.”

Now, Rajiv was interested in politics so Sanjay Gandhi and Kamal Nath were Indira’s aides. Some say the proximity built from Doon School, that’s where Rajiv, Sanjay and Kamal Nath studied.

That could have been among the many reasons Rahul Gandhi chose Kamal Nath over Jyotiraditya Scindia for Madhya Pradesh’s chief minister’s chair.

Now, whoever gets the chair, we just hope someone is taking care of the disease spread in the state as the two national parties settle political scores.

With that, we would leave you for today.

We will be back tomorrow. Remember, don’t be Kanika Kapoor. Be a responsible Indian citizen.