DailyOh! 'Happy birthday' Corona, to why Parliament might skip its Winter Session

For the fourth time in history, the Indian Parliament may not have a Winter Session this year.

You know what accompanies winter in North India. Yes, the ubiquitous band, baaja, baarat, and the Shaadi Season. However, this year, it is going to be a much-subdued affair as the Delhi Government has proposed curbing the number of people allowed to gather at wedding ceremonies to 50. This comes in the wake of increasing Covid-19 cases in the capital. Earlier, the AAP government had allowed a gathering of up to 200 people per wedding in the national capital. However, the recent spike in Covid-positive cases has resulted in the government rolling back its decision.

The Delhi Chief Minister has further announced that the government will send a proposal to the Centre to seal markets if there is a massive violation of Covid-safety norms. For a good reason, we say. Look at this picture of Delhi's Sadar Bazaar a few days ahead of Diwali and you'll see why we're saying what we're saying. Social distancing? What's that? A glimpse of Delhi's Sadar Bazaar ahead of Diwali. (Photo: PTI)

Today is coronavirus’s first “birthday” if you choose to call it so. It was on this day in 2019 that the first case of coronavirus was reported in Wuhan, the capital of Hubei province in China. On November 17, 2019, a 55-year-old individual was reported to be the first person to have contracted the disease and was subsequently identified as 'Patient Zero' by the Chinese government.

Subsequently, nine more people — four men and five women — were also reported to be infected through November 2019. By December 2019, the spread of infection was almost entirely driven by human-to-human transmission. And as we stand a year since the day when the first case was discovered, over 55 million people on the planet have been infected, with 1.33 million dead because of Covid-19. Certainly not a “happy” birthday! 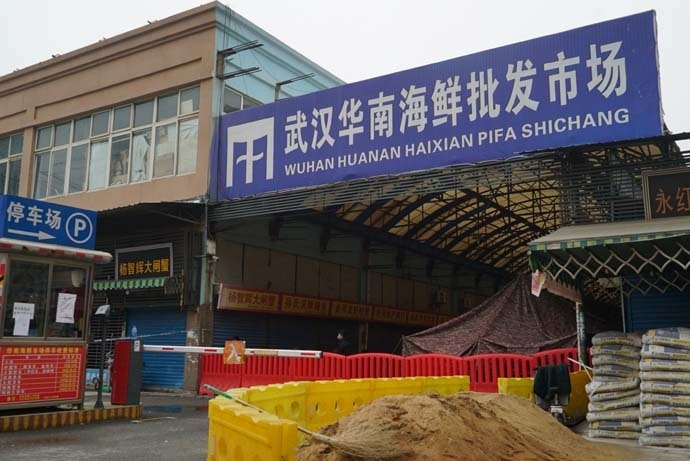 The Parliament conducts three sessions each year — Budget session (January/February to May), Monsoon session (July to August/September) and Winter session (November to December). Since the Constitution demands that there should not be more than a six-month gap between the two sessions, the Parliament must meet at least twice a year. The Cabinet Committee on Political Affairs (CCPA) meets to decide the dates and the duration of the session. A recommendation is then sent to the President to call the session. The Cabinet Committee hasn’t met yet to finalise the dates of the Winter Session 2020.

Talk of the Cabinet Committee brings us to our Word Of The Day — cabinet. Now, the cabinet is most commonly used for a wooden box that houses a radio or a TV. Another usage of the word cabinet in Commonwealth countries is the committee of senior ministers responsible for controlling government policy. However, in archaic usage, it also means a small private room. The word originated in the mid-16th century from the word ‘cabin’ that itself comes from the Old French word ‘cabane’ and late Latin ‘capanna’, both of which mean a hut or a house. 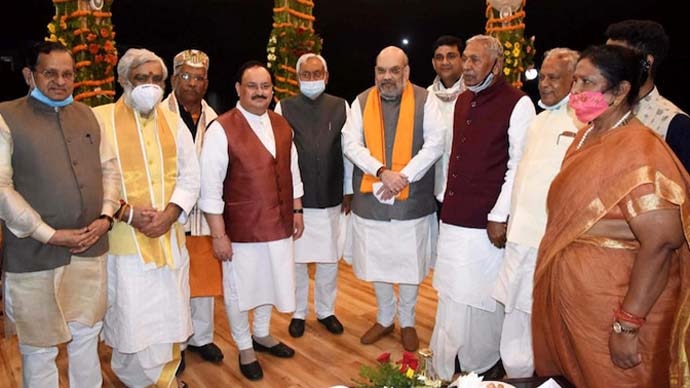 From Bihar to BRICS. The 12th BRICS summit is being held virtually and is hosted by Russian Resident Vladimir Putin this year. Amid the Ladakh border standoff issue, this is the second time that PM Modi and Chinese President Xi Jinping come face-to-face — just a week after they met virtually at the SCO Summit. BRICS is the alliance between Brazil, Russia, India, China and South Africa and was formed as a rival of the Group of Seven (G-7) industrialised nations.

India will take over as the chair of BRICS after the 2020 summit, and will host the 13th summit in 2021. In the 2020 Summit meeting today, PM Modi pointed out to the leaders of Brazil, Russia, China and South Africa that terrorism is the world's biggest problem today. He went on to add that we have to make sure that countries that shelter terrorists and support them are also held responsible. The two suspected terrorists being taken to the Anti-Terror Cell office in Delhi. (Photo: PTI)

Terrorism brings us to the Delhi Police, who nabbed two suspected Jaish-e-Mohammed terrorists and foiled a major attack on the national capital on Monday night. Make sure you applaud the Delhi Police while you read more on the story here.

It is all about the citizens and the police working together to overcome terrorism or to counter crime. Together is always better. Even though the Covid-ridden world today calls for social distancing. Our recommendation today for you is a little book of inspiration called Together Is Better by Simon Sinek. The book has some kickass words to soak in and live by, and illustrations that will warm your soul on a chilly evening. 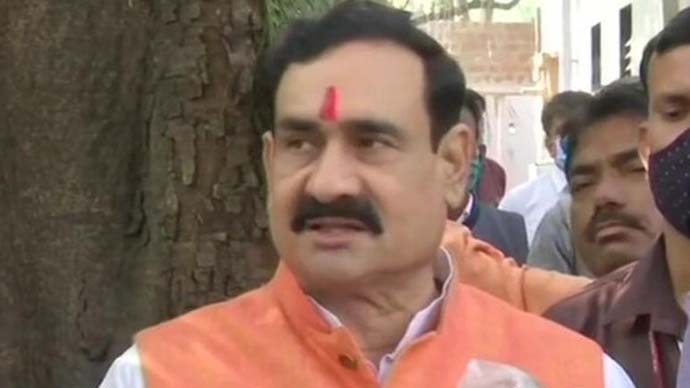 Even as we talk of togetherness and love, the Madhya Pradesh government has said that it is mulling to bring a law against ‘love jihad’ in the state. The Shivraj Singh Chouhan-led BJP government in the state is making preparations to introduce the Madhya Pradesh Freedom of Religion Bill, 2020 in the Assembly. According to Home Minister Narottam Mishra, non-bailable charges would be applicable in cases of ‘love jihad’ in the state with five years of rigorous imprisonment.

Now, we say love and let live. And before we say goodbye for today, don't forget to look up at the sky tonight, late-night or dawn, especially if you happen to live in a place where citylights don't eat up the sky above you. The Leonid meteor shower is why.

Also Read: DailyOh! Nitish Kumar back as Bihar CM, to when Meenakshi Seshadri was thrown out of Damini