Some court judgments, of late, have raised questions on probe agencies and the judicial process.

April 25 was an eventful day. While fake godman Asaram Bapu got a life-term for raping a minor girl in his Ashram near Jodhpur, Dr Kafeel Khan of Gorakhpur finally got bail. The “good doctor” spent 8 months in prison, on “cooked-up charges, and the communal politics of revenge by Yogi Adityanath”, claim his supporters.

Dr Khan’s family had, in a recent press conference in Delhi organised by the collective United against Hate, alleged that he is suffering from serious ailments in jail, has high blood pressure, and his bail is being repeatedly denied though there are no proven charges against him. Earlier, in a shocking video, he was shown being manhandled by the UP police, even as the media wanted his quotes. 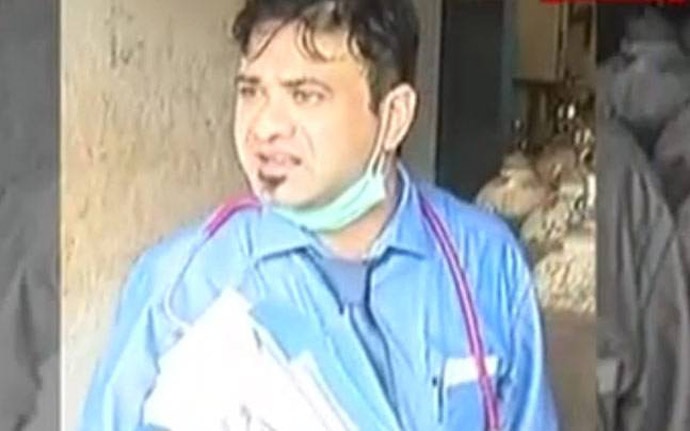 On the day Dr Khan came out of jail, there was speculation that Asaram might be released too, given his political clout and evident proximity to the current regime, including, once, to the prime minister.

While most of his videos with Narendra Modi seemed to have been blocked or removed, there are some circulating with Modi touching his feet, and former PM Atal Bihari Vajpayee dancing with the “flowery godman” on stage. Indeed, Modi just can’t deny his association with this fraudulent, rapist baba.

Buzz that Asaram might escape scot-free has been on since he was first arrested by the Rajasthan police in September 2013. This was after the brave girl and her resilient parents, once Asaram’s ardent followers, stuck to their position that he raped her and they wanted justice, despite witnesses being threatened and even killed.

Thereafter, two sisters from Surat accused Asaram and his son Narayan Sai of raping them, when they stayed at their ashrams in Ahmedabad and Surat between 1997 and 2006. At least three witnesses were found murdered in diabolical circumstances. Others were attacked.

Dr Kafeel Khan’s case has become yet another symbolic moment in a divided nation, where justice is increasingly being seen as both delayed and denied, even while certain known Hindutva proponents, charged with heinous crimes, such as mass murder, bomb blasts and gang-rapes are being allowed to go free.

This is happening because the investigating and law enforcement agencies, tactically or otherwise, do not provide enough evidence in court. Or, the court interprets the evidence in a new light, giving “benefit of doubt” to the accused.

A case in point is that of Dr Maya Kodnani, who in 2012 was sentenced to life for inciting a mob, led by Vishwa Hindu Parishad and Bajrang Dal, to mass murder and rapes of Muslims in Naroda Patiya. Naroda Patiya was the deadliest massacre in the 2002 anti-Muslim riots that ravaged then Narendra Modi-led Gujarat, and are often dubbed “state-sponsored”.

The trial court had found 27 accused guilty of criminal conspiracy and other charges and held Kodnani, former BJP minister, as the “principal conspirator”, along with Bajrang Dal leader Babu Bajrangi. Kodnani was given 28 years in jail, but got bail in 2014.

“It needs to be noted that at that time, A-37 (Kodnani) has played a role of one of the principal conspirators and a kingpin of the communal riot. India is a secular state and such offence by the elected member of the constitutional body needs to be viewed by the courts very seriously where disharmony, hatred and enmity based on religion was created by instigation and where such commission of the crimes were abetted by A-37,” special judge Jyotsna Yagnik had stated in her order.

The trial court declared that that at least nine accused, including Kodnani, showed “no consideration for human lives and played (a) leading role in (the) entire massacre of Naroda Patiya”.

But last week, the Gujarat High Court, acquitted Kodnani, while Bajrangi was convicted. The court found that charges could not be proved against the BJP leader.

The order evoked gasps of horror in large parts of the civil society, even as it followed the acquittal of Swami Aseemanand by another court earlier, and the Supreme Court dismissing the petition for a probe into the “mysterious” death of CBI court judge BH Loya. Loya was presiding over the fake encounters case of Sheikh Sohrabuddin, his wife Kauser Bi (whose body was not found) and Tulsiram Prajapati when he died, in 2014. The three had been shot by top cops of Gujarat when Modi was chief minister and Amit Shah his home minister.

Amit Shah, an accused in the case, was not responding to court summons, and judge Loya had shown strictness in this regard. Following Loya’s death, the new judge quickly acquitted Shah, even while another judge was transferred, in violation of apex court orders.

After the Loya petition was dismissed, questions were raised as to how could a petition be dismissed on the grounds of “tarnishing the image” of the honourable court, without even a preliminary enquiry, in the face of new revelations and questions into the death. This was neither fair nor reasonable, experts argued, and did not strengthen the impartial power and sanctity of the judiciary.

In the same vein, Aseemanand had confessed to his crimes. He was involved, along with other extremist Hindutva groups perhaps with RSS connections, in several blasts that rocked the country. In the initial days after the blasts, Muslims were picked up.

It was police officer Hemant Karkare from Mumbai who changed the line of investigation, and thereby it became evident that the Mecca Masjid, Gokul Chat (both in Hyderabd) Ajmer Dargah, Malegaon and Samjhauta train blasts were planned and executed by Hindutva groups, and Muslims were falsely implicated.

Therefore, the release of Aseemanand and others, yet again, changes the line of investigation and puts a question mark over Karkare’s path-breaking revelations. Karkare was killed, along with other police officers of the Maharastra anti-terrorist task force, by Pakistan-backed terrorists, in the Mumbai carnage of 2008. 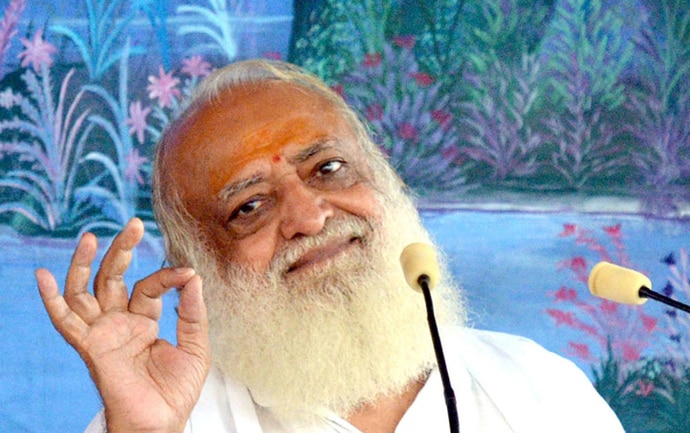 These were the recent judgments – and the questions they raised – that had led to speculation that Asaram would be released. This is the reason why it was presumed that Dr Kafeel Khan, who staked everything to help children during the medical crisis at BRD Hospital in Gorakhpur, buying oxygen cylinders with his own money, would once again be victimised and not allowed bail, despite his health conditions.

Scores of children died in August 2017 in the Gorakhpur hospital allegedly due to interrupted supply in oxygen cylinders. Gorakhpur is the backyard of Yogi Adityanath, and he has been its MP for several years. Clearly, this was an official lapse, based on delayed payment etc., and Dr Khan had no role in it. In fact, he was on leave on August 10, and rushed to the hospital after the news broke out.

His emergency work on that day was much appreciated by the media and civil society, and he was hailed as a hero. However, he was later jailed by Adityanath, in what appeared to be a case of communal witch-hunt, especially when the stark failure of the government was directly symbolised by the chief minister himself.

Indeed, Dr Khan’s release seems like a marginal silver lining in a grey and gloomy scenario. There has been too much injustice stalking the Indian landscape in recent times. A little justice, therefore, seems a big moment of hope.