In Pakistan, the voter living in dark houses and broken streets has the power to make or break the government

These are the voters whose opinion can be swayed by giving them regular electricity and well maintained streets. That’s all they ask for.

Last year, one late afternoon in July, I accompanied a few supporters of a political party on one of their daily vote-seeking trips. With only a few days to the July 25 general elections, it was imperative to reach every voter in a ward of a constituency that was, traditionally and clearly, the stronghold of the last party in power. One street indistinguishable from the other, some too narrow for even a tiny car, most wide enough for a motorcycle or two, and half a dozen human beings walking side by side, the place had sounds of its own, smell of spices in food being prepared for the evening, resignation, sweat and despair mixing to become a smog that hung low over houses so close to one another as if in an unbreakable vise of an embrace.

In those few hours talking to women, young and old and talkative; men, old and young and impatient; old people, cynical and hardheaded and unapologetic about being cynical; children, giggly and restless and cheeky; teenagers full of direct questions and unwilling to accept an answer they didn’t expect, I had an uneasy peep into a world I barely noticed even as it existed all around me, covered to the point of invisibility with the diurnal monotony of the fate of those who toiled hard and expected not much to change. The dimly-lit streets, straight, often ending in a cul-de-sac, in front of houses in which lived big families clustered together like words without space, where familial closeness was not Hallmark pretty but the inevitability of too many existing in too little for far too long, were punctuated with potholes, manholes, manholes without lids, and open sewerage lines that formed puddles big enough to look like floodwater. Just looking at the pictures of these narrow streets in Pakistan will give you claustrophobia. (Source: Reuters)

That day I discovered that some people were happy to vote for the same party again as a thank-you for the uninterrupted electricity they were getting before elections, and the few streets and roads that had been repaired. The price of their vote had been decided: they would get the basics for the promise of their endorsement of a certain candidate of a certain party. In 2018, when the colonisation of Mars is a hot topic somewhere in the world, there are millions of people all over the world who have an abundance of gratitude on being given water, electricity, covered sewerage lines, and unbroken streets. In Pakistan, like most developing countries, nothing changes for those without whose vote there will be no change, no power, no new prime minister in that majestic house in Islamabad.

It is not the voter that is at fault. Choosing the best option from the list of mostly useless people with big words, bigger promises and biggest disappointments to deliver, the vote is given, mostly, to the familiar, the old, the tried, and the cycle of un-changeability of system remains uninterrupted. It is that one vote that collectively changes the fate of a nation, and yet, it is that one vote that remains a commodity that has the short-lived value of two stamps, one day, once in five years. Without that one vote, no one will be in power. That one vote has the power to change it all, but given without realisation, it has the power to destruct. And that destruction is not merely of the hopes and the aspirations of the voter, but of the entire system of a country that is in much need of repair, rehabilitation and rebuilding. Pakistan, like any other democracy for the people and by the people, works because of the power of that one vote, individually and collectively. There is not much that changes even when faces in parliament change. 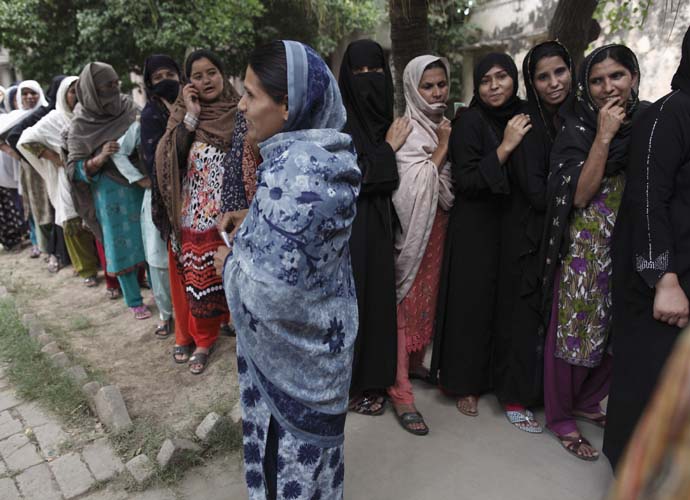 In 2018, Pakistan, through the power of vote, chose a new prime minister, and he became the literal face of change that he had been promising for two decades. It was the fundamental credo of his party. Imran Khan promised tabdeeli (change), and nothing short of that will be accepted. The other leaders promised much and delivered little, but what they had not promised was change, a different Pakistan, a Pakistan that is for all. Khan did. And now as the year, moaning, twists to its hottest months, inflation is high, fuel prices have gone up faster than a Shoaib Akhtar yorker, unemployment is rampant, international debt has increased, government funds are low and expenses of development plans high, and everyday life of millions is tougher than ever. There is one change though.

Despite complaints of things looking bleak, and despite constant proclamations of doomsday scenarios of the supporters and leaders of the opposition parties, and those who are in the habit of gratuitous criticism of Pakistan, what is accepted as a fact, albeit grudgingly by many, is the sincerity of Khan. That he would do his best for Pakistan. That, notwithstanding the existence of odds, tremendous and small, his efforts to put Pakistan on the right track of economic and institutional stability would prevail. And that his singular focus is betterment of Pakistan, and he would not rest until he sees that Pakistan in the process of moving forward in the right direction. Imran Khan will not rest unless Pakistan is moving in the right direction. (Source: Reuters)

In a Pakistan of almost 220 million people, do the 372 members of the National Assembly, 371 members of the Punjab Assembly, 145 members of the Khyber Pakhtunkhwa Assembly, 65 members of the Balochistan Assembly, 168 members of the Sindh Assembly, and 104 Senators have the full realisation of the honour of their position? These 1,225 parliamentarians represent the whole of Pakistan, each and every Pakistani, and they are responsible for the wellbeing of all who vote for them, and even those who don’t. United, they must work. Imran Khan promised a ‘new Pakistan’ to the voters and wanted to bring about a positive change. (Source: India Today)

An Imran Khan, irrespective of intention, vision and hard work, on his own, will not be able to go far if he doesn’t have the support of all who have been voted in power by the people of Pakistan. That includes people on both sides of the aisle in all assemblies. The job of the opposition is to keep the government on its toes, keep a mechanism of checks and balances in process, and to stop through democratic means all that is detrimental for the country. The job of the opposition is not to become an impediment in the development process of the country. No country, irrespective of its size and potential, has much of a chance to succeed unless all its stakeholders are on one page: a better today and tomorrow for all.

And until that happens, nothing much will change for that one entity that is instrumental in the change of names and faces in parliament: that voter living in that nondescript, dark house on that dimly-lit, broken street.

Post your comment
#Pakistan elections, #Imran khan pakistan, #Pakistan voters demands, #What do the pakistani voters want
The views and opinions expressed in this article are those of the authors and do not necessarily reflect the official policy or position of DailyO.in or the India Today Group. The writers are solely responsible for any claims arising out of the contents of this article.