Is Professor Kanak Sarkar a symptom of a rampant desi mard chauvinism that wants a virgin to wed with women to molest outside the homestead?

In the same building where now-tainted Jadavpur University Professor Kanak Sarkar once taught and allegedly asked a female student whether she’d like to bathe with him in a river when the aforesaid woman visited his office to submit a presentation, where the now social media-catapulted, fallen-from-grace greying academic taught for over two decades, apparently displaying grossly inappropriate behaviour, where he ‘walked around with the roll-call sheet during examinations and tick-marked the girls he thought were pretty’, according to Ankita Ghosh, a former Bachelors student of Sarkar’s, once sat a bunch of engineering boys. 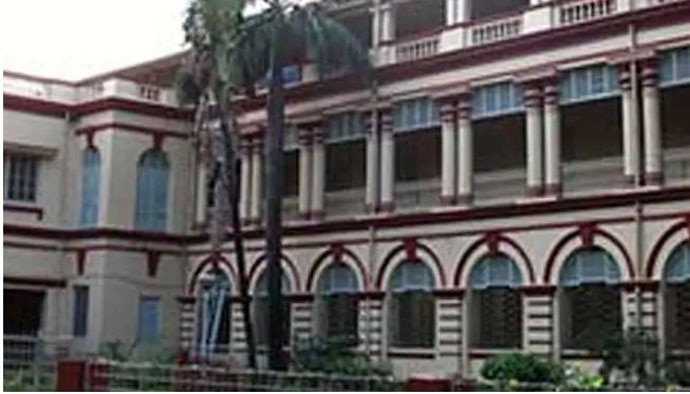 What honour Prof Sarkar has bestowed on JU! (Photo: Twitter)

At this point, one of the girls, usually the lone married one, armed with the traditional shakha pola (red and white bangles), who had made the fatal error of wearing a red sari that afternoon, would turn back — but, before she could say a word, her face flushed with embarrassment, the boys would lick their lower lips, braying even louder, ‘Hook khule de. Hook khule de' (open the hook). 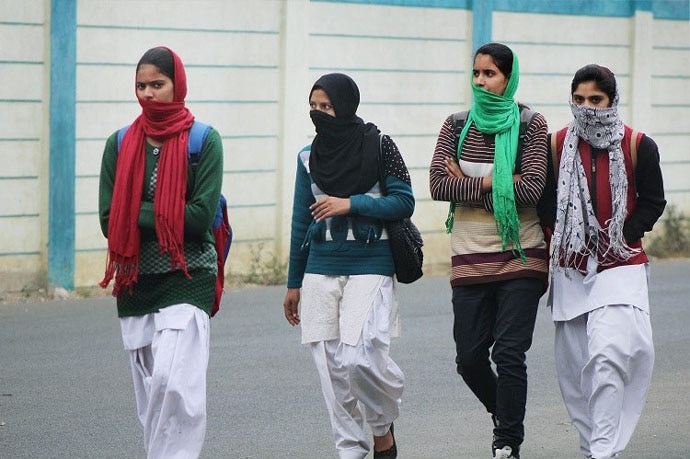 ‘Ki hocche? Joto nongramo! (What’s all this! All this perversion)’ a plump girl who had been witness to this regressive eve-teasing made mainstream in our deemed educational institutions by years and years of chedkhani and nokjhok shown in popular cinema — in almost every Indian dialect — where the hero was seen satao-ing the woman he’s wooing (who, by the way, he wins over in the end) walked up to the quartet of sadakchaap minstrels.

She covered her mouth.

‘I will complain against you people…this isn’t even your department…,’ she rolled her eyes, her lips quivering with rage.

A motley crowd had assembled by then. Couples, on their way to the famous jheel (lake) that functioned as a tax-free, cop-less snogging arena, stopped and stared.

‘Chere de…first year tui (leave it, you are a first-year student),’ the girl being taunted placed her hands around the plump girl’s shoulders, adding in a low voice, ‘Emni te era Presi maal dekhte pare na' (in any case, they can’t stand students from Presidency College).

The boy in the centre picks his front teeth. Spitting on the patch of unpruned green on his side, he points at his crotch, as the rest repeat the above line, louder. ‘M*** p*** de!’ he hollers abuse, flinging his half-finished cigarette in the direction of the two girls.

‘Wasn’t this exactly why you chose to leave Presidency?’ her only friend, and batch-mate, from Pratt Memorial, who was also one of the last to join the History Honours class, whispered just then, forcibly dragging her away, adding, ‘I remember you telling me how on the first day itself your seniors picked on you and ragged you about your body weight. How, despite topping the entrance exam, and despite wanting so bad to carry on your family tradition of being a Presidency alumnus, like your mother, you quit, after the first three weeks. What, what exactly, did they ask you — your breasts, right…or, or was it your English diction that pissed them off…convent educated…taish (colloquial for upstud in my mother tongue).’

There is an uneasy silence.

‘Are you a virgin?’ a bespectacled, wheatish-complexioned, fully suited, Eastern Indian male. Height, 5 feet 5 inches. Average body weight, 70 kg. Whose mother called him Pablo — and who headed one of the top IT firms in India’s Silicon Valley. Namely, Bengaluru. Then, Bangalore. Who was an Ivy Leaguer and a topper in the West Bengal Joint Entrance.

Who repeated the same question.

Sitting cross-legged on a dark maroon leather recliner in a fully air-conditioned coffee shop in an upmarket five-star, sipping on an expensive Americano. Flashing a real Rolex. In the heart of the city. While it poured relentlessly outside. 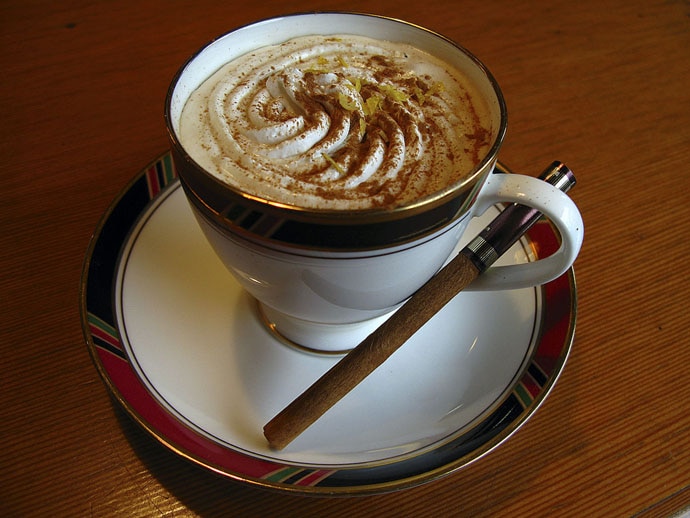 The coffee was sophisticated. The man was beyond crude.  (Photo: Wikimedia Commons)

‘Arre, same college toh (from the same college), so chillax…you can be frank…I love open women types…that’s why I chose your profile on that matrimonial site online…’ he paused, to answer his call, from a sleek Bluetooth strapped on his right ear, leaning in closer, saying, as she fought his breath over hers, ‘Ma thought you were fat…maaney (meaning)…rege jaccho na toh (you aren’t getting angry, I hope)… plump types…but I told her we must meet once…seeing is believing…’

‘Dekho (see)…journos are very frank characters…fast…cool…,’ he resumed, answering another call urgently, ‘and, and…I like chicks…who…as in…’

The lightening streaks were a fierce aubergine.

The rain made it hard to hear everything.

Like he was offering some kind of hefty concession. Like a Big Bazaar Republic Day Azaadi sale announcement where atta, chawal, sabun, jutte, kapde and cell phone were all priced the same. Like a free ad, or something. Meant to mean well. Or something…

The promise of equality. Or something…

“Once, in the middle of class, for no apparent reason, he said ‘I like humps, and people who hump’,” Ankita Ghosh told another digital medium who now uses her quote as their lead headline, getting maximum mileage from the word ‘hump,’ meaning, for the uninitiated, to have sex.

Because, let’s face it, in a nation where ‘humping’ could well qualify as the national sport — which could have landed us in the top spot if there were ever an actual Humping Olympics — where women whose black brasserie peeking out from a simple cotton blouse qualifies for a bunch of strange men humiliating her and reducing her to her lowest common denominator, where a woman who aspires to settle down and has made time from her busy professional itinerary as one of the youngest Lifestyle Editors to meet a prospective match, because he’s from the same college as hers, is treated like a cheap whore — her profession, the easiest target for vile slut shaming, that in elite parlance is otherwise referred to as a 'character assassination' — is Professor Kanak Sarkar, a symptom? Or, the malaise, as a whole, generally speaking?

Is his now infamous viral post, ‘To most boys [a] virgin wife is like [an] angel. A girl is biologically sealed from birth until it is opened [sic],” any different from the group of sexually suppressed boys who sat underneath his department and jerked off on a bunch of unassuming young women?

Or the corporate high flier in an urban jungle who thinks his matrimonial CV, whetted by his holier-than-thou mother, whom he places on a pedestal, can get away by asking a total stranger her sexual status? Spot the modern Indian man. (This may take some time). (Photos: Screengrab/Twitter)

Where ‘casual joking’ is in fact a violation of personal dignity? Where academics like Sarkar need two decades to be outed — and ousted?

Where is the poribortan (change)?

The plump girl from History Honours, who relinquished her mother’s dream to study in Presidency College, who, once upon a time, sipped on an almost cold decaf as a Lifestyle Editor, back then, who now types this, asks.

Also read: Crassness with Karan: No, Hardik Pandya is not the first time. Karan Johar's show is often rude and crude