The Prime Minister must answer why his own government brought down the number of Rafale fighter jets to be brought from 126 to 36.

India these days is hotly debating the air-strikes carried out by the Indian Air Force (IAF) with surgical precision deep inside Pakistani territory. At a time the country is celebrating the fact that the IAF destroyed terror infrastructure in Pakistan, a few issues have also surfaced.

The biggest of them is how well-equipped the IAF is.

Prime Minister Narendra Modi raised the issue obliquely during the India Today Conclave 2019. “India is feeling the absence of Rafale. The entire country is saying in one voice today, if we had Rafale probably the result would have been different. The country has suffered a lot due to selfish interests earlier and now politics over Rafale,” Modi said.

Speaking at the India Today Conclave on a wide range of issues. Watch! https://t.co/9v2U0dQfH3

Such comments, in my view, are avoidable though — domestic politics should not take precedence over India’s defence strategy.

It is well-known that in 2014-15, the Congress government was close to signing the agreement to buy 126 Rafale fighter jets from France. However, when the Modi government came to power, the number itself was drastically cut down to 36 fighter jets. 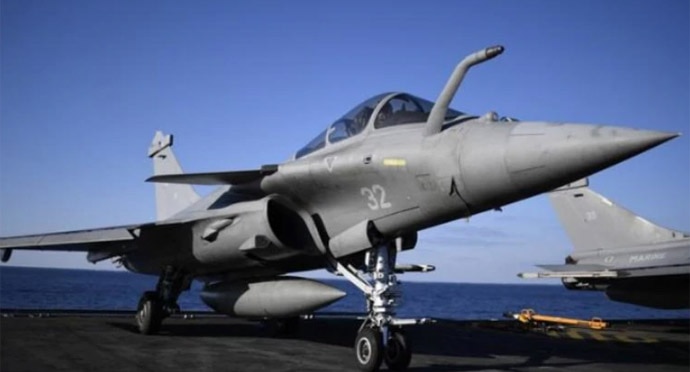 While politics over the IAF rages on, it is essential to upgrade all its technology and infrastructure urgently. (Source: Reuters)

So the real question that people need to ask is — why was the number of jets brought down from 126 to 36?

Also, the air-strikes in Balakot have several grey areas involved. Neither the IAF, nor foreign observers have pointed out the exact impact of the strikes yet. The IAF has also not yet put a number to the casualties caused due to the air-strike.

But the IAF’s performance in carrying out the strikes has surpassed all expectations — in fact, famously now, Wing Commander Abhinandan Varthman shot down a Pakistani F-16 using his MiG 21 Bison.

However, the fact that the IAF needs technologically advanced fighter jets is clearer than ever before.

Meanwhile, even as India tries to upgrade its fleet, it must go to the community of friendly countries and present before them all the evidence it has against the terror groups based in Pakistan.

In engaging with Pakistan, militarily or otherwise, the country does need to remember that it has to be mindful of the promises made to the Kashmiris — such as protecting their interests under Article 35A which defines permanent residents of the state. Narendra Modi's recent remarks, including on a politics of doles and deals, have made headlines. (Source: India Today/K Asif)

What Modi calls 'doles' though have been ways of providing support to India’s marginalised population. The Mahatma Gandhi National Rural Employment Guarantee Act (NREGA) instituted by the United Progressive Alliance (UPA) is an example of such a support mechanism. The Modi government has paid little attention to the scheme. But, to many, this is no dole, it is what the people rightly deserve.

As for the ‘deals’ that the PM talks about, on occasion, isn’t his own party also charged with the same? Aren’t politicians who try to buy MLAs to make or break governments indulging in nefarious ‘deals’ after all?

Also read: What IAF air-strikes in Balakot and their aftermath teach us

#Narendra Modi, #Iaf air-strikes, #Indian Air Force, #Rafale
The views and opinions expressed in this article are those of the authors and do not necessarily reflect the official policy or position of DailyO.in or the India Today Group. The writers are solely responsible for any claims arising out of the contents of this article.