Salman Khan's attitude is sickening. Why I think he needs to learn to be human

The country is abuzz with news around you. The news channels are on a crazy loop beating the dead horse (or should I be saying dead blackbuck) of unpalatable nuggets about you being proclaimed guilty, convicted, jailed, bailed and set free once again with freedom delivered on a silver platter. But let's excuse the channels and media at large. Bollywood, politics and cricket are the holy troika of talisman that brings in TRPs and skyrockets the numbers for them. The juicier and sleazier the news, the higher the ratings! 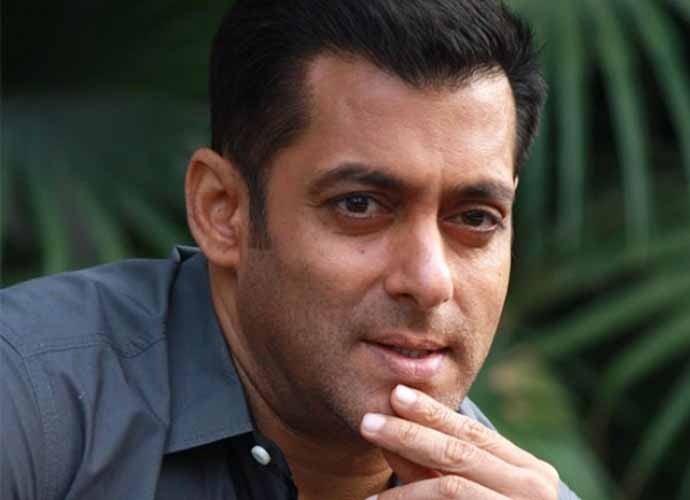 More than the media, it is we the end users at whose doorstep the entire blame must rest. If we, as the utterly dumbed down, tasteless, culture-robbed publics, did not demand for crassness from our television entertainment or political shenanigans or the film world, would we get such s**t doled out to us?

In your case, however, we have really fallen into the pits and have forsaken all sense and sensibility in our mindless adulation of you as an actor (sorry that should read as star because you cannot act) and public personality (or should I correct it to read "public disgrace").

Often, it is seen that when public figures are the beneficiaries of a die-hard fan base and ardent supporters, they, to a large extent, return the gesture with their largesse and gratitude. The politicians will promise and deliver (at least when the next elections are due) sweet deals to the people in their constituency. Film stars will meet fans, sign autographs, make a special appearance, engage and interact with their fan clubs (note how Amitabh Bachchan does it with his extended family on social media and at his Sunday darshan) and largely conduct themselves in a way that will further ingratiate them with their admirers.

But not you. You couldn't care a rat's ass about anybody or anything. You decided to name your personal label "Being Human" but then, in all that you do and in every which way you behave, you have gone on to make a mockery of it.

The media is flooded with old, archival and new news about you. And willy-nilly, I chanced upon the following clip when you were being questioned by the government officials regarding your chinkara and blackbuck case in 1998.

Notice the way you are sitting, glaring, flicking back your errant hair in a devil-may-care stance, and shrugging your shoulders to express your overall disdain.

In a more recent video, note your bearing, the carefree, unperturbed manner you are walking into the jail, with not a hint of shame or guilt, almost expecting the cops to have opened the main gate for you instead of getting you to bend a little and walk in through the small opening. Of course, we are aghast with the way cops are moving around you, like impossibly enamoured fan boys; but today this diatribe is against you.

Where do you get all that sickening attitude from? The ridiculously pompous gait, complete lack of a civil attitude, crassly objectionable deportment, the put on airs as if you are the king of the world, the body-builder like constipated walk, swine-y grunts in place of coherent responses.

You are only a film star, nothing more, nothing less. Like the rest of us, you have a job too. On your Twitter page, you call yourself "Film actor, artist, painter and humanitarian". And that's really icky. It is akin to calling oneself a legend or a visionary and reeks of wannabe-ness. Folks who actually do a lot of humanitarian work are smart at labelling themselves thus. Here's a case in point - Oprah Winfrey, one of the most philanthropic entertainers globally, has never been caught giving herself such lofty titles, not even on her own show. So you must choose your titles wisely and not let them be windows to your unabashed arrogance.

And what about simple values of decency, a sense of repentance, at least an iota of shame in your eyes when someone broaches a subject around one of your many offending deeds, mistakes, even crime. There is simply nothing cordial, well-mannered, well-spoken, well-bred and refined about you. Further, your complete lack of etiquette and decorum and your strong leaning towards a perpetual state of anger make you appear as very obnoxious, uncool and somebody to be wary of lest he crosses the line of dignified comportment with such utter ease.

There is another video of you preaching to the media about "caring for one's parents, one's family, especially elderly parents". And in the same breath you condone the extremely bad behaviour displayed by your brother Sohail Khan, who dealt abysmally with the gentry from the media, including ladies.

Though, what you say about taking care of our parents is undeniably an important point, but given your own callousness and uncaring attitude, your comments can best be taken at face value as they lack conviction and are not backed by your own actions.

Your father (the same 80-year-old man, who you proclaim to be concerned about) goes around apologising for the half excuse of a man you are and the terrible ways you conduct yourself in, in spite of being in a very public, very visible profession. Did you ever stop to think how much hurt and pained your father must be to see you behave badly, commit wrongdoings, and be hugely irresponsible?

It would have been better if Salim Khan had taught the right values to you from your younger days and used the "carrot and stick" effectively back then.

At 53, you are only a couple of years older to me, and I reflect on how my parents would feel if they had to face flak for my actions and misdeeds. More importantly, even when I would have been one-third the age, how would have I felt bringing all the undue anxiety, disrespect and apprehension to my parents? Salman, this thought process matters much more than waxing eloquent in front of the media with hollow, unconvincing words.

Then, there has been the case of running over poor people while they slept on the pavement. The case still remains unproved and is left off as one of the lousiest whodunits in the books of our judiciary. I don't know whether you did it in your inebriated state, or your the driver did it but as a public personality with an awe-inducing following, I would have been much more responsible, more compassionate, and more eager to underwrite the grave loss to the best of my capacity and desirous to set a fine example for all to see. I would not have wanted to distort the facts, evade the law and would have set things right for my own conscience because I believe in "Being Human" and am thought of as being larger than life.

Of course, we need a strong justice system and stronger laws; but the first checkpoints must lie within homes and our own conscience for a healthy society to allow people to breathe and live in. Otherwise, everything remains a farce. Much like our make-believe movies.

Yet another thing that has been spoken in hushed tones in the corridors of Bollywood has been your extreme vindictiveness. It seems you are so immature, puerile and vengeful in your behaviour that you play havoc with the lives and careers of those who you do not see eye to eye with. And with your current clout, you end up getting away with such maliciousness. Vivek Oberoi, Anurag Kashyap, Sona Mohapatra, Arijit Singh, Renuka Shahane, Zubair Khan, Ranbir Kapoor have all had their share of stories to tell. And this is not a sign of a leader in one's field. When a looked-up-to leader rides a crest, he tends to pull people up and along with him, rather than pushing them down to the low ebb.

Your attitude towards women and highly sensitive issues like rape are cringe-worthy. In fact, you put your one-time girlfriend through so much agony and trauma that she had to issue a press statement clarifying her stand and restraining you. By that time, Aishwarya Rai, feted as one of the most beautiful women in the world, was a power centre in her own right. One dreads to think what sort of torment and distress you may bring to lesser women with your complete villainy and insensitivity. 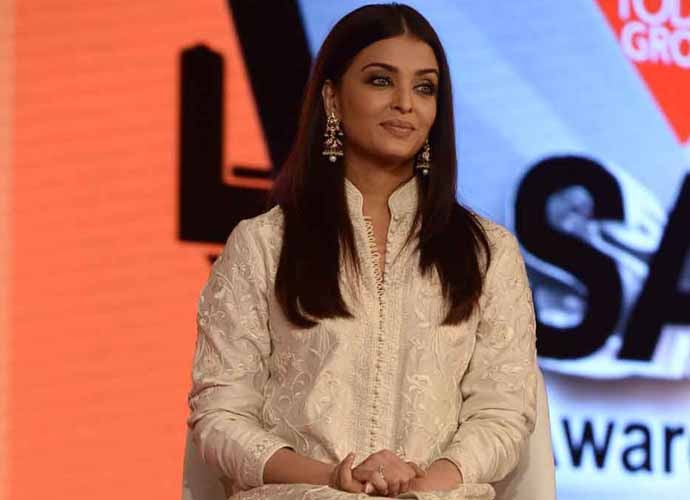 Look here Salman! You are currently the flavour of the season, so many of the preposterous things you do, because of a lack of talent and hard work, still become popular; underlining the sign of our times and the direction in which our collective society sways. People ooh and aah about the silly manner in which you shake your ugly belt buckle, they laugh at your potty jokes both in real and in reel.

Your wooden expressions, no dancing skills, complete lack of histrionics, bad dialogue delivery and an apathy towards wanting to improve and better one's craft on your part, are still lapped up by masses as if they were Oscar-worthy examples of talent. Be grateful for that. Don't take it for granted though.

There are enough people like me who may have not seen a Salman film after the 1999 blockbuster Hum Dil de Chuke Sanam, but for the exception of Tere Naam in 2003 and Wanted in 2009; which means some of us have not liked the body of work you have dished out in the last decade and a half. Further, out of your total filmography of 103 films, I have seen only 10. That compares badly with say the films of Shah Rukh, Aamir (I would never miss his films), even Amitabh Bachchan.

But wait. This is not about my own liking or dislike for your lacklustre wares and the substandard fare you deliver. According to confirmed Bollywood statistics here's what your report card looks like. There have been - disasters (3), flops (29), below average (3), average (3), above average (5), semi hits (2), hits (10), super hits (4), blockbusters (5), all-time blockbusters (5) and your success ratio is just about 45 per cent. So there are big reasons for you to cut to the chase, cut through crappy stuff, nonchalance, superciliousness, and concentrate on learning your craft.

You, in your own career span, have seen sharp highs and lows; and periods when your films were consistently unsuccessful. You are venerated today, but as we know about destiny and life, you could be forgotten tomorrow.

Today, you are the Destiny's Child, the chosen one, but tomorrow you could lose it all in the flash of a second. And in your case, you will not even have merit, talent, expertise, competence and hard work to get you by, unlike in the case of your friends - the hard working and experimental Shah Rukh Khan and that maverick and complete genius Aamir Khan. So lose that conceitedness, egotism, presumptuousness and overconfidence coupled with your unique brand of vitriol and actually endeavour to become truly human and humane.

Finally, the battle between Bhai and the blackbuck begins again. May the better being win!

For your own sake and for keeping your own sanity, you and your blinded fans should wish that the honourable government and our justice system must make an example out of the bhai of Bollywood. Even your other friend, Sanjay Dutt was not spared for a far lesser crime.

This time, however, beware Salman! You are up against the mighty, passionate, powerful and principled Bishnois and their revered blackbucks.

Besides, karma is a bitch. Like Jessica Brody says in The Karma Club, "Karma comes after everyone eventually. You can't get away with screwing people over your whole life, I don't care who you are. What goes around comes around. That's how it works. Sooner or later the universe will serve you the revenge that you deserve."

As of now, you are not being human, (#notbeinghuman) Salman Khan!

Also read: Why Bollywood is guilty of normalising crimes and glorifying criminals