His latest pronouncement shows the unbearable lightness of being an academic in politics.

Yogendra Yadav's article 'Why 2019 Lok Sabha Elections could be fought mainly on farmers issues', published in the print.in, depicts a naive man clutching at a straw. Someone who jumped into politics from academia, evidently thinking he would be hailed as a great 'intellectual' who could guide the nation in these perilous times — but was unceremoniously thrown out of Aam Admi Party by the party Fuhrer. 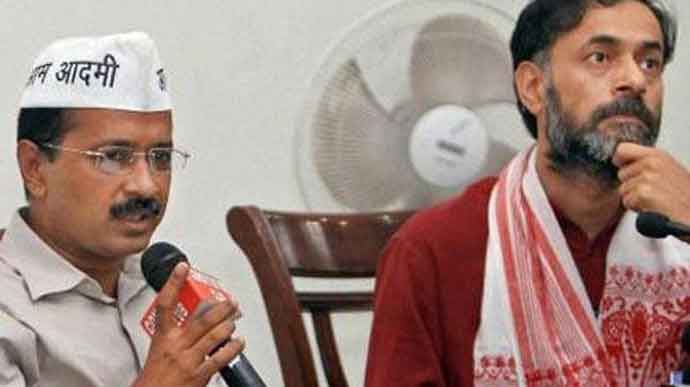 Those happier times, when they were all aam aadmis. (Photo: PTI)

He then set up his own party (Swaraj India), consisting of many generals but few soldiers, suddenly transformed himself into a leader of farmers, and led the recent farmers' march to Parliament. 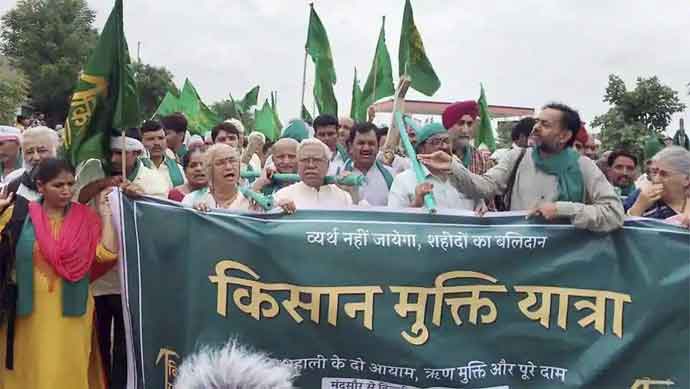 Maybe he had studied the life of Gandhi, who also had adopted this tactic in Champaran, after returning to India from South Africa. Unfortunately for Yogendra Yadav, Indian politics today runs largely on the basis of caste and religion.

Farmers may be united in demanding remunerative prices for their products and loan waivers — but when they go to vote they become Brahmins, Yadavs, Kurmis, Dalits, Muslims, Bhumihars, Rajputs, etc., in North India, and Kamma, Reddy, Lingayat, Vokkaliga, etc., in the South. In Tamil Nadu, they become DMK or AIDMK. 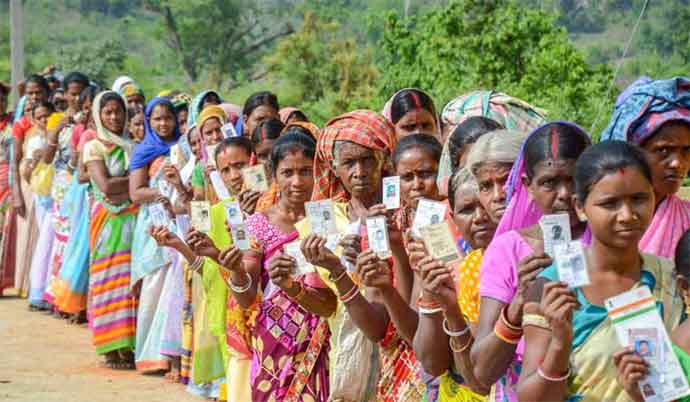 So, with all respect to Yogendra Yadav, I think he is living in La-La land, and has shown that academics in India possess only bookish knowledge with no understanding of realities.

As I see it, there are two possible scenarios regarding the coming Lok Sabha elections:

(1) The state election results of 5 states will be declared on 11th December. If BJP emerges as a clear victor, particularly in the big states, this won't be followed by large-scale communal riots.

(2) However, if it loses in big states like MP or Rajasthan, or even suffers significant reverses, large-scale communal riots are sure to follow, as these may be necessary for the right-wing groups to retain power after the Lok Sabha polls.

For half a century, the Congress ruled India. The BJP has been in power in the Centre only from 1999-2004 and from May 2014 onwards. It will use every 'Saam daam dand bhed' possible to remain in power (as will other parties also to oust it) including facing allegations of instigating communal incidents, tampering with EVM machines, etc.

It must not be forgotten that the Lok Sabha elections is a war for the Delhi Sultanate — and Indian history has shown that such wars, whether by foreign invasion or by internal wars, including wars of succession, resulted in blood, clash and carnage.

The problem with Yogendra Yadav's Swaraj India party, as also with the Aam Admi Party, is that they represent no caste — so, they are irrelevant in Indian politics.

The 2015 Delhi Assembly election result was due to certain exceptional factors which will not recur. Hence, I am sorry to pour some cold water on Yogendra Yadav's sudden love for farmers.

Also Read: How Opposition leaders managed to edge out farmers' issues from the Delhi farmers' rally

#Lok Sabha election 2019, #Agrarian distress, #Farmers' protest, #Yogendra Yadav
The views and opinions expressed in this article are those of the authors and do not necessarily reflect the official policy or position of DailyO.in or the India Today Group. The writers are solely responsible for any claims arising out of the contents of this article.