There is no room for rebellion – even something as harmless as a Facebook page that takes digs at the supreme leader.

“I’m quitting out of my own accord. I’ve not been banned or mass reported. I have recently received some threats to my life which I can’t take lightly. I am outnumbered, live in a BJP state and come from a middle-class family with no political or police connections. I have no desire to end up like Gauri Lankesh or Afrazul Khan. Actually, more than myself I worry for the safety of my family.  I hope those who threatened me consider this as a victory and leave us alone. I have deleted the ‘Humans of Hindutva’ page and will delete this website soon. Congratulations to Hindutva for winning this David v Goliath fight. As for those who were kind enough to lend me their ears for the last eight months, I’d like to wish you all a Happy New Year. Cheers and alvida. Thanks for giving me some of your time,” wrote the man who ran the satire page called “Humans of Hindutva” on Facebook, on his website Satyanash’s final post titled “Goodbye”.

Had a brief chat with my friend who runs the Humans of Hindutva page. He told me that trolls have got a hold of his phone number and they're sending him death threats. He's scared for his wife and children, so he's shut the page for now. The nation can't take a joke.

For more than three years now, those who have uttered the word or so much as hinted at “intolerance”, especially in the context of risible government policies, archaic societal construct and unchecked majoritarian religious chauvinism, have surely found themselves sucked into a vortex of “trollage”, online abuse, threats and sometimes even police action. 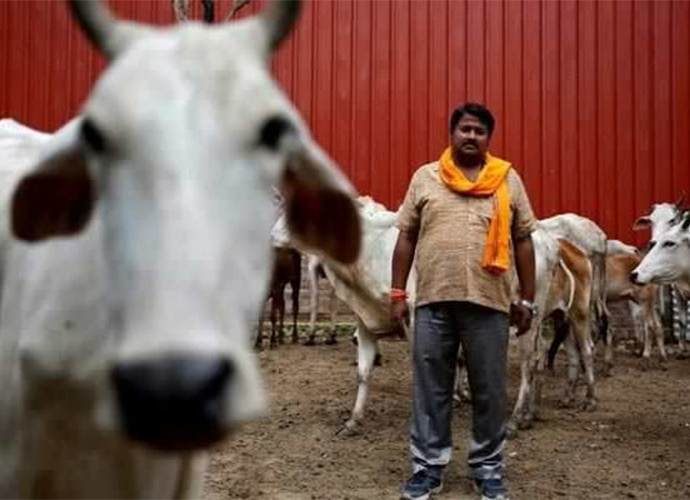 A man receiving death threats, fearing for the safety of his wife and child is not symptomatic of a democracy, especially if the reason why he’s on the receiving end of threats like these is because he exercised his freedom of expression. A man waving the white flag in face of coercion like this is not normal.

The HoH admin referred to Gauri Lankesh and Afrazul Khan in his goodbye note. These two names are two different kinds of horror stories in the Kafkaesque nightmare India seems be caught in. One, of a journalist shot to death because she chose to speak up against injustice, battled for rationality and fought for the truth. The other was a man of limited means and practised a hated religion, who became victim to a long con, to propaganda that has managed to bury itself deep inside the minds of Indians like a tiny tumour, which will only be discovered when it’s too late to do anything.

Sometime back, in a column for DailyO, HoH's founder had written: “People often message to ask me why I do what I do. And my reply to them is: ‘Because I live in a free country’.”

Perhaps, it is time to acknowledge that any illusion of freedom in the present state of affairs is only a figment of one’s imagination.

Also read: 2018 seems like an exciting time for Delhi diners

Post your comment
#Intolerance, #Fascism, #Death Threats, #Humans of Hindutva
The views and opinions expressed in this article are those of the authors and do not necessarily reflect the official policy or position of DailyO.in or the India Today Group. The writers are solely responsible for any claims arising out of the contents of this article.