How being a Muslim helps me be a better human being

Islam teaches me to practise my beliefs, and not to protest against anyone else's faith, unless there is a direct threat to mine.

One of the earliest memories of my life, grudgingly opening my eyes at fajr (pre-dawn), or later for getting ready to go to school, was seeing my paternal grandmother, my dadi, reciting the Quran. A large-sized copy of the holy book placed on two pillows perched against the headboard of her single bed, her long, bony finger slowly moving over verses, her body lightly rocking to and fro to words she had read countless times in her life.

My life as a Muslim child.

After I turned seven, almost every day, her loud voice woke my sister and me up, snuggled next to one another on freezing winter mornings, sultry summer dawns, pleasant spring daybreaks, gloomy autumnal day-beginnings. The winter mornings were the worst, but there was no getting out of waking up so early. It was to offer our fajr namaz. At the age of seven, without comprehension of what it entailed, what was being recited, why it mattered so much, I learnt to pray, as did my sister, a year younger than me. 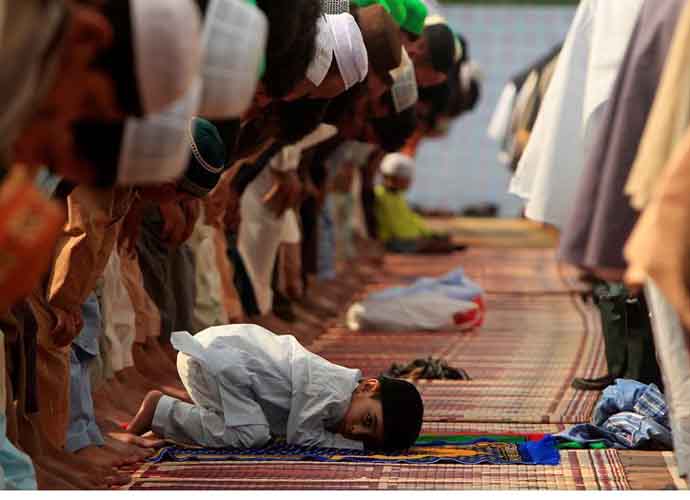 Now at the age of 49, I still pray, five times, as I've for years, and have been irregularly or regularly praying almost my entire life. The discipline of prayer, my silent offering of devotion to god, recital of Arabic words meant as a form of dua calms me, helps me refocus my mind and strengthens my frayed nerves. What started as a forced act of piety mandatory for all Muslims at a very young age is now a way to be close to that one power that is with me when I feel my most vulnerable, my weakest, my most alone. That to me on a fundamental level is what my faith in a divine power has endowed me with. My religious faith is as integral to me as my breathing: it connects me to my Allah. It helps me understand people of all faiths better, and it makes me revaluate myself as a person.

It all started with those shrill wake-up-for-namaz calls of my dadi decades ago. Her voice petrified me.

Living with dadi after our parents' separation when I was not even five years old and until I was 17, I remember a childhood that was painful, scary, long, unaffectionate, and very, very lonely. In a house full of three uncles, their wives, their eight children, my dada and his two wives, one of them my dadi. She was strict, very prim, disciplined about everything, exasperated with my incessant questions and noisy arguments (I was a precocious child), and deeply religious. She became my first teacher.

Growing up in the time of General Zia-ul-Haq's "forced Islamisation" era, my religious beliefs came from an old woman for whom everything in life was connected to doing something good for Allah. I learnt not to lie, although I occasionally lied to her that I had prayed when I had not. Once my sister brought a pencil from school, dadi made her return it the next day. She taught us not to take things that belonged to someone else.

She taught us to start everything with Bismillah, and the virtues of cleanliness. The days were marked with constant groaning and grumbling about her lectures, rolling our eyes and mimicking her when she couldn't see us, but what she taught us remained with us to date. In ways deeper than we could even imagine as grumpy children. 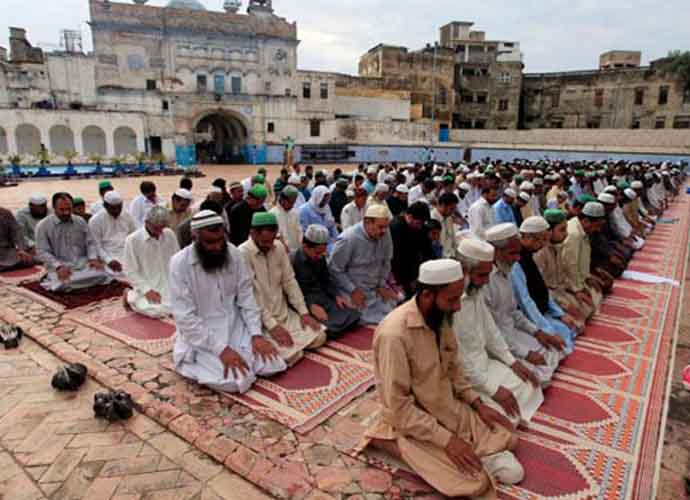 While dadi ensured inculcation of faith was to strengthen our characters and not as a dark force to give us a misplaced sense of moral superiority, studying in a convent school run by Irish Catholic nuns, taught by many Christian teachers, and studying with Christian school and class-fellows and friends, we grew up oblivious of the divisiveness done in the name of faith. Shia, Sunni, Ahmadi, we couldn't care less. Things distinguishing one girl from the other were her grades, her prowess at shooting the perfect basket, hitting an awesome homerun in baseball, getting the honour of becoming the class captain. Studying Islamiat, and even Arabic for a few years, I can't recall a single incident when any girl said, "But my parents say this about people of that faith..."

My individuality as a person beyond any religion, beyond any family trauma, beyond any painful life lesson would have survived in one form or the other, that I'm certain of, more or less, in my middle age. As a child, I had a mind of my own, I made my own rules that governed my inner world, running and acting like a wild spirit, or huddled in a corner, hunched over a book, in a parallel universe. My humanity would have been visible even if I were born as Christian, Jew, Hindu, Sikh, Parsi, Buddhist, or without any faith. My moral compass would have found its own world even without the reward of heaven, punishment in hell. But then there was the religious conditioning. Of organised prayer, of all human good things that are connected to a relationship with the divine, of doing good beyond self, of doing good for others, of living a life that makes it very hard to do harm to others. The line of separation of the original self from the conditioned one blurred.

When it happened, my mind's fuzzy on the chronology, but my humanity at some point, in the manifestation of certain values, became intricately entwined with my faith. The conditioning was obvious, the beliefs subliminal. My faith.

My faith makes me human. My faith teaches me the value of compassion, power of forgiveness, to make amends when I err, to feel awful when I hurt someone, to apologise, to atone for the carelessly bad things I've done through repentance and a promise to do better.

My faith teaches me to practise my beliefs, and not intrude upon, object to or protest against anyone else's beliefs, unless there is a direct threat to mine, an effort to change the way I live. My faith teaches me to respect the sanctity of other people's religious sensibilities, their beliefs, even when they are in direct repudiation of what I adhere to. My faith teaches me that prayer is the silent affirmation of my devotion to the divine, it is not a tool to magnify my "piety", the instrument of my scorn for how others display their faith, or lack thereof.

My faith teaches me not merely to recite the kalima, kneel and prostrate in prayers, give charity, fast in Ramzan, offer a sacrifice on Eid and go for Hajj. My faith teaches me openness with regards to my fellow human beings, acceptance of others, tolerance for contradictions, need for a constructive dialogue, patience to listen, courage to amend, and a willingness to coexist. What I would have been if I were born in some other world, and were raised by adherents of a faith other than Islam, or one without any faith, who is to say. My humanity, my inner moral compass, my humanness may have been the same, I'll never be fully sure of.

What I know for sure: being a Muslim today makes me a better human being. Just as your faith - if you have one - makes you a better version of you.

#Religious divide, #Sunni, #Shia, #Pakistan
The views and opinions expressed in this article are those of the authors and do not necessarily reflect the official policy or position of DailyO.in or the India Today Group. The writers are solely responsible for any claims arising out of the contents of this article.