I'm not a big Sridevi fan, but I'm pained to see how India made a mockery of her death

Just because she was India's first female superstar, doesn't mean her fans are entitled to know every little secret, every challenge she faced in her personal life.

At the outset I confess that I was neither Sridevi's biggest fan as an actress, nor was I acquainted with her in any capacity. I enjoyed Lamhe, Chandni, Chaalbaaz and English Vinglish as much as the next person but that's where my admiration began and ended. What I know of her is mostly what emerged in the media from time to time, and more particularly in the last few days. Nevertheless, like the rest of her ardent fans from across India, I found her sudden, unexpected passing as shocking as it is tragic. As the country was gaping in stunned disbelief at their television sets, watching five decades of her consummate artistry roll before their eyes in a tribute to the lost legend, something else unexpected happened. The ugly side of human nature began to emerge. Barely had the nation's darling grown cold when the speculations began - a number of messages began circulating on social media about her unhealthy addiction to body-enhancing surgeries, her penchant for liquid diets and botox shots, the pressures on her to look young. Hurtful references to her husband's complicity in her efforts to stay young were being bandied around, being discussed with a sense of "she brought it on herself, poor thing!"

And even while she was being touted as India's first ever superstar, worse was to come. The Dubai authorities released an autopsy report that spoke of accidental drowning, and every loose tongue that ever sought media attention was unleashed. Innuendoes of foul play, allegations of cover-ups, strident socialites with claims of inside information created a shocking babel of misinformation that was in extremely bad taste.

Irrelevant opinions of everyone from her choreographer to a completely unrelated writer were treated as informed, gospel truth and repeatedly flashed on screen as breaking news. How could she fall, she was a dancer. 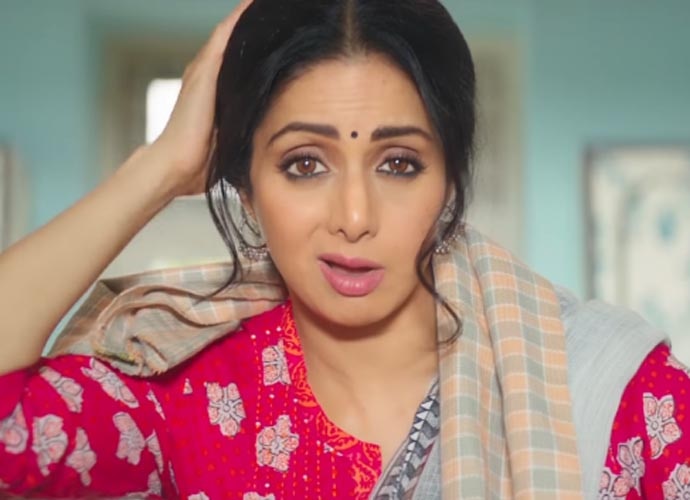 Why was there alcohol in her blood, she never drank liquor. How can anyone drown in a bathtub, and that too in a foot and a half of water. (Did some superhero reporter enter the sealed hotel room and measure how much water was in the tub?) Some channels actually had a bathtub on the screen, filled with water to show how "impossible" a bathtub drowning was. Facts were invented, and discussions became more salacious as the accusations picked up momentum. They had absolutely no real information but were happy to speculate with wild abandon. Sickened by the hawks, I turned off the television.

I can understand that every woman Sridevi's age felt extremely uncomfortable at the idea that a 54-year-old could drop dead, with no warning, of cardiac arrest. The desperate need to understand is natural, and stories of fat burning pills and liposuction make it easier to say, oh I'm safe, I haven't done anything of that sort! There's a comfort in being common and a non-celebrity, when the medical specialists come on air and tell us that balance is required for good health - a balanced diet and an exercise programme, we can think, I do that, I'll be okay! I get that a lot of the judgments being passed on her nutritional and fitness choices (of which by the way we know nothing, it's all pure conjecture) come from a space of insecurity about our own health and the potential risk of sudden death.

I just wish everyone who gave their one penny worth of opinion stopped to think that however her death happened, whatever went wrong with her body, does not make her death any less tragic. She was a person, not just a star. A wife, a mother of two young girls, and I can only hope that neither of them watched certain, very rabid television channels over that dreadful weekend. It was almost as if the hosts and participants of that discussion were hoping to find foul play - what a boost to their TRPs! What vindication for their baseless allegations! I don't know if Sridevi was happy, or depressed, or had fought with her husband. Honestly, that was her private life, and should remain so. If she chose to keep it private while she lived, then it is her right to keep it private after her death. Just because she was a star, it doesn't mean her fans are entitled to know every little secret, every challenge she faced in her personal life. Celebrate her talent and her phenomenal career, don't pry into her personal affairs.

There's a time to mourn and respect her family's grief, and a time to delve into the causes. If her passing proves to be a wakeup call and provides insights into health and lifestyle, then something positive would have come out of the tragedy. But for that, all the facts are essential. Those will emerge, with time. But till then, her family needs to be respected. I wish Sridevi had been allowed to die with dignity, with the privacy which she treasured all through her life. I didn't know her, but it's what I would wish for any woman in her position. For a nation who claimed to adore her as India's first female superstar, we failed her when she needed us the most.

Post your comment
#English Vinglish, #Chaalbaaz, #Sridevi death, #Sridevi
The views and opinions expressed in this article are those of the authors and do not necessarily reflect the official policy or position of DailyO.in or the India Today Group. The writers are solely responsible for any claims arising out of the contents of this article.

Writer has authored Secrets and Second Chances, Nights in Pink Satin, Adriana's Smile, and Guardians of the Blue Lotus.