Why India's #MeToo movement is silent about sex workers

I believe sexual harassment is directly connected to the economic factor.

The #MeToo movement has highlighted the plight of women in workplaces — how they have been sexually harassed by men in power.

But most of those referred to by #MeToo belong to the genteel society, and I believe are only a few thousands in India, or maybe even ten or twenty thousands.

What about the millions of sex workers in India, who live outside this genteel society?

Nobody talks of them — as if even talking of them is somehow indecent, profane and undignified.

But do such women also not undergo sexual harassment, and of a much more horrendous kind? And are they not human beings? 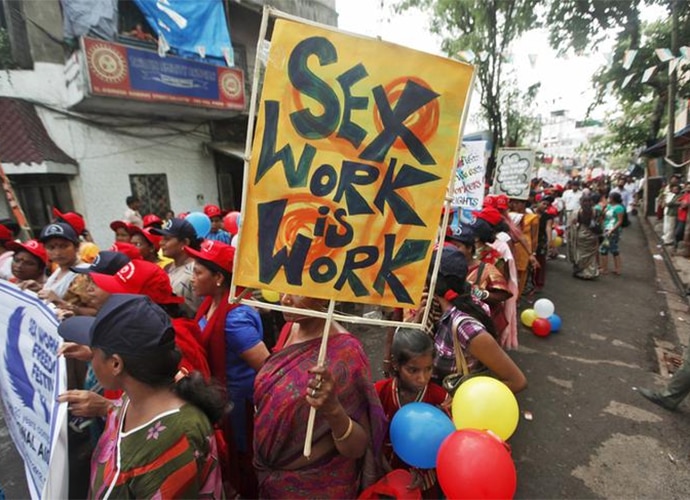 Nobody talks of sex workers — as if even talking of them is somehow indecent, profane and undignified. (Photo: Reuters)

The Union ministry of women and child development announced in 2007 that there were over three million sex workers in India, of which over 35 per cent entered the flesh trade below the age of 18. Some people put the actual numbers upto 20 million.

They live in horrible conditions in brothels, for example, in GB Road in Delhi, Sonagachi in Kolkata, Kamathipura in Mumbai, Meerganj in Allahabad, etc.

They get little to eat, they are often beaten, and much of what they earn is taken away by the brothel-keepers. They have to satisfy the sexual needs of all kinds of men, sometimes several times a night, due to which they often contract various kinds of diseases.

Is this not also sexual harassment? But why do the #MeToo champions not talk of them?

When I was a judge in the Supreme Court, a case came before a bench over which I was presiding: Budhhadeb Karmaskar vs State of West Bengal. As long as we have exploitative society with a wide disparity in wealth of individuals, sexual harassment and molestation will continue. (Photo: Reuters)

In this case, the appellant had killed a sex worker in Kolkata by repeatedly banging her head against the wall in a room. We dismissed the appeal, upholding the life sentence.

I believe sexual harassment is directly connected to the economic factor. A girl becomes a sex worker not because she enjoys it, but because of abject poverty.

Similarly, a young female employee has to give in to the demands of her boss out of fear that if she refuses, she may be fired. A girl in need of money goes to bed with a film director or a producer to get a role in a film.

What connects all these is the economic factor.

In Bernard Shaw's play Mrs Warren's Profession, when Mrs Warren's daughter Vivie gets to know her mother was a sex worker, she is furious. But Mrs Warren asks how she could have brought her up and given her a university education without money?

Sarat Chandra Chattopadhyay's novels depict many such women, like Rajlakshmi in Shrikant and Chandramukhi in Devdas.

As long as we have exploitative society with a wide disparity in wealth of individuals, sexual harassment and molestation will continue, and movements like #MeToo will only make a marginal difference.

Yes, predators like MJ Akbar needed to be exposed, and in this respect #MeToo has done a good job.

But to think that it will solve the problem only reveals our lack of understanding of its causes.

Sexual harassment will now only change its form, become more clandestine, surreptitious and slick, resorting more to subterfuge and sophistication to avoid detection. But it will continue, for money is power, and the moneyed people, who are predators, will always devise some way to go about satisfying their lust.

It is only when we create a non-exploitative society, with more economic egalitarianism and much less disparities in wealth, that sexual harassment will end — but that is a long way off.

Also Read: Just a moment: Why I believe little will come out of #MeToo