Why India is in the grip of a cash crunch

ATMs running dry have served as an unnecessary and avoidable shock that is delaying the economy's recovery.

The mystery of missing cash in ATMs in some parts of the country has stoked many theories. Some conspiratorial. Others inferential.

Ironically, I had written a piece in DailyO two years back April 7, 2016 on the flush of liquidity in the Indian economy at that point of time - a sudden 50 per cent spike in use of cash. But ATMs didn't run out of cash back then. So why now? 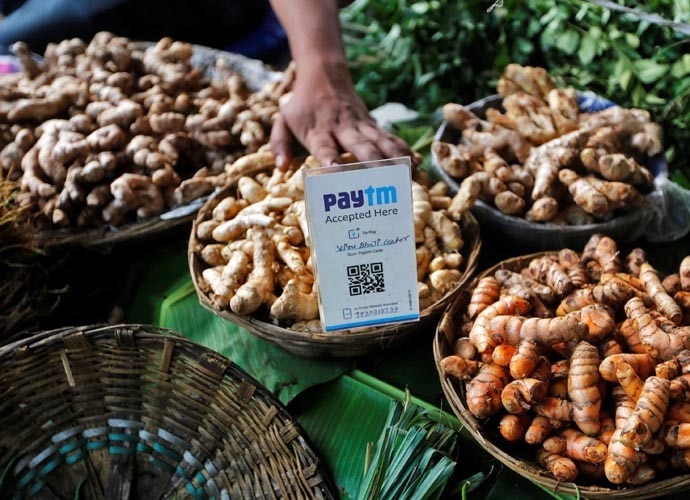 This brings us to the core issue of what these outages do to an economy which is yet to fully recover from the roiling effects of the Goods and Services Tax and demonetisation? The cash crunch has served as an unnecessary and avoidable shock that is delaying the economy's recovery.

While other reasons merit attention, it is a good time to go to the source of the problem and revisit the Reserve Bank of India (RBI) econometric model, which indeed estimates the demand for cash and which in turn provides the basis for how much cash and notes in which denominations need to be circulated.

There are three factors which have been reaffirmed by the current crisis.

First, the currency in circulation (CIC) is the lifeblood of economic activity as all of us have learnt the hard way. It is the proverbial lubricant which greases the wheels of our economic engine. While the economy grew nearly 10 per cent in nominal terms in the financial year which ended March 31, CIC grew 17 per cent.

In 2014-16, CIC was up 28.3 per cent compared to a nominal GDP growth of 22.5 per cent. In other words, growth of currency with public generally stays well ahead of growth in nominal GDP. Based on this let us assume incremental demand for currency of say about 1.45 times the growth of the economy. So overall the CIC has a fair bit of catching up to do. In value terms anywhere between Rs 70-100,000 crore (after adjusting for digital substitution). Though some estimate have it at five times that figure. Second, the effects of re-monetisation have yet not worked itself through the economy. If one looks at currency in circulation over last 25 years (as has a recent Axis Bank study).

The CIC stock is still below its long-term trend by a fair bit - maybe 10 per cent (what economists call as deviation of log from trend). So to that extent demand is underestimated. While CIC today is just marginally over its pre-demonetisation October 2016 levels. The economy has moved ahead - 10.8 per cent and 9.8 per cent in nominal terms, respectively, in the two years since.

Third, the overestimation of digital channels' ability to pick up the slack on reduced availability of cash has played a key role. Digital has not quite been the proverbial silver bullet that it was made out to be. Yes, it did become the de facto go-to-method post-demonetisation. But that was on account of an enforced behaviour. Not a natural behavioural shift.

But once the situation eased, there has been a shift back to old habits of cash preference - both, as a store of value (hoarding) and as a medium of exchange. This trend has not been particularly helped in any way by the plethora of competing and often conflicting digital methods and user interfaces which have all but confused the ordinary citizen.

Last, separate re-assessment of demand and ratios of lower denomination notes (Rs 200/500) to notes of higher denomination (Rs 2000) need to be factored in.

The current econometric model while perhaps estimating denomination wise has no time series data for 2000s. And this most likely has been proxied. That's where the breakdown could very well have occurred and contributed to current scarcity.

Also read: Fire in Delhi Rohingya camp: Why India must step up

#GDP, #RBI, #Demonetisation, #ATMs dry
The views and opinions expressed in this article are those of the authors and do not necessarily reflect the official policy or position of DailyO.in or the India Today Group. The writers are solely responsible for any claims arising out of the contents of this article.