Deepika Padukone was trolled for being too skinny.

Social media trolls need no reason to come down heavily on a celebrity. And this has been a trend for quite some time as more and more celebrities are joining various social media platforms to reach out to their fans, and also for their film promotions. But this month has been remarkable for Katrina Kaif as she was trolled for whatever she did, or did not.

She was trolled when a video of Malayalam actor Priya Prakash Varrier went viral. Social media started comparing an expressive Priya with Katrina’s “placid” face. Then, a day ago, she posted a photo of working out at a gym. This time, her choice of a “deep” caption drew flak as people mocked at her deep, lengthy quote for a deadlift. There's hardly any Bollywood actor who has not faced the wrath of trolls. Here are the top five cases that made news.

Last year, when Prime Minister Narendra Modi was in Berlin for a bilateral visit, Priyanka chopra was promoting her Hollywood debut Baywatch in the country. They met and the actor posted a photo of her meeting with Modi. Her choice of a short dress, which happened to expose her legs, became an object for everyone to omment on. 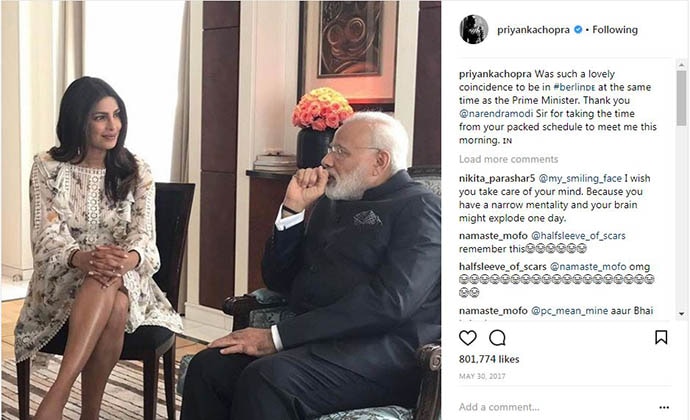 Soon after, she was unsparingly trolled for posing with a dupatta resembling the Tricolour on Independence Day. It was not the National Flag as the Ashoka Chakra was missing from it. But trolls did not desist. They were up in arms, shaming the actor for teaming the dupatta with western wear. 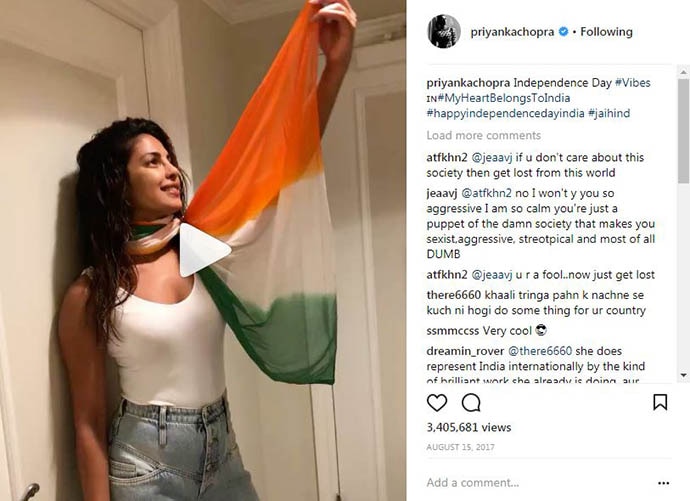 Before the release of Judwaa 2, actor Taapsee Pannu posted a photo on Instagram and she was slut-shamed for showing too much skin. On Twitter, she was asked whether she did not have money to buy enough clothes. "Due to such stuff male's attract to seduce girl. And harassment," one user wrote. Taapsee replied to the user: "Then those ‘male's' need to do something about their sickness, it's not about ‘such stuff'. By the way - get well soon." Dangal actor Fatima Sana Shaikh was shamed on Instagram for posting a picture of her relaxing on a beach wearing a swimsuit. What became the bone of contention was that it was the holy month of Ramzan for Muslims. However, she was unfazed by all the criticism and a few months later, she posted a photo in a saree, captioning it "shameless selfie" for she knew she would be criticised for the low-waist saree and it worked. Deepika Padukone for being 'skinny' Deepika Padukone appeared in a short dress on the cover of Maxim. This happened soon after she was declared the hottest woman of the year, 2017. But trolls did find reasons to complain for the dress allegedly let down Indian culture.

While this was not unexpected, on another occasion she was trolled for being "malnourished", and even compared to a "dead body". 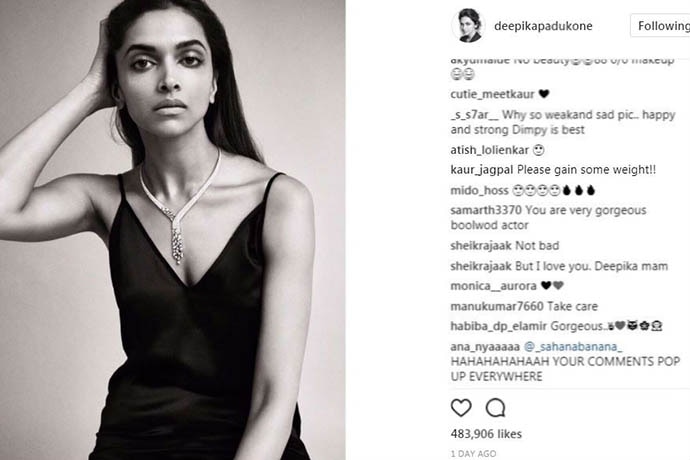 No, trolls won't give up — and it's high time the actors hit right back.