Police Vs Love Jihad: Meerut cops suspended for thrashing, abusing student. But they were only doing their 'duty'

The public discourse has been poisoned thoroughly. Khaki, apparently, is no shield against saffron.

Three UP police personnel have been suspended after a video of them slapping and abusing a girl went viral on social media. The cops had “rescued” the girl from a mob of men, some from the Vishwa Hindu Parishad, who had been beating her and her classmate, a Muslim man, up.

With reference to a video by staff of PRV 561 in PS Medical Meerut, HC Salek Chand, Const Neetu Singh, lady Const Priyanka have been suspended. A report regarding the HG Sainserpal has been sent to District Commandant Home Guard. Such behaviour shall never be tolerated. https://t.co/fZ7NxCwLy1

In the video, the police do not seem to be behaving too differently from the VHP men.

One of the cops sneeringly asks the girl: “Mullah pasand aa raha hai tuhje? Itne Hinduon ke hote hue (So you like a Muslim? Even though so many Hindus are around?)…” followed by obscenities. A woman police personnel sitting beside the girl slaps her repeatedly, and yanks off the scarf she had used to cover her face with.

Shocking video of the girl who was rescued by cops from Vishwa Hindu Parishad goons who were harassing a Meerut couple for Love Jihad. The cops after rescuing the girl began assaulting her in the police van calling her out for chosing Muslim partner and made video. @uppolice pic.twitter.com/l0eIPmJKnp

Welcome to the new normal.

Where bullies can use an imagined grievance to humiliate and attack people, where the rights of choice and the privacy of two young people mean nothing, where the dignity of the disempowered — women, minorities, the young — is at the mercy of the powerful’s whims and fancies.

And where the police and the goons seemingly share the same mentality.

The video that went viral on social media and eventually led to the cops' suspension was recorded and circulated by the cops themselves.

Why did they feel the need to treat the girl like that — and record it on camera? What glory did they find in harassing a powerless girl they were supposedly protecting?

The simple answer: they did it for kicks.

Because in the times we live in, a girl seen to be dating a Muslim boy is fair game to be harassed, insulted, dehumanised. Where such conduct is cause for not shame, but pride. Where communal hatred has been normalised to such an extent that the lines between right and wrong have been blurred, even for those whose duty it is to uphold what is right.

For this, much of the blame lies at the doors of our political class.

The BJP, as it slips up on the “vikas” front of its promises, is ramping up the communal rhetoric. The Congress, busy fine-tuning its own product of “soft Hindutva” and cherry-picking issues it wishes to outrage over, lacks the moral authority, and seemingly, even the intent, to de-vitiate the discourse.

In the Meerut case, according to reports, the men who had barged into the Muslim man’s apartment created a spectacle of their “bravery”, beating up the couple publicly, creating a hue and cry over “love jihad”, and clicking their pictures.

In our society, these photographs can give these men lasting power over the couple and their families. These goons should have been taken into custody immediately, their phones checked, all photos and videos deleted.

Instead, the police chose to take the couple to the police station, on the way, administering their own dose of moral policing.

Their parents were called, and the girl’s father pressured to file a complaint against the Muslim man. The two students were allowed to return home only after the father refused to lodge a complaint. 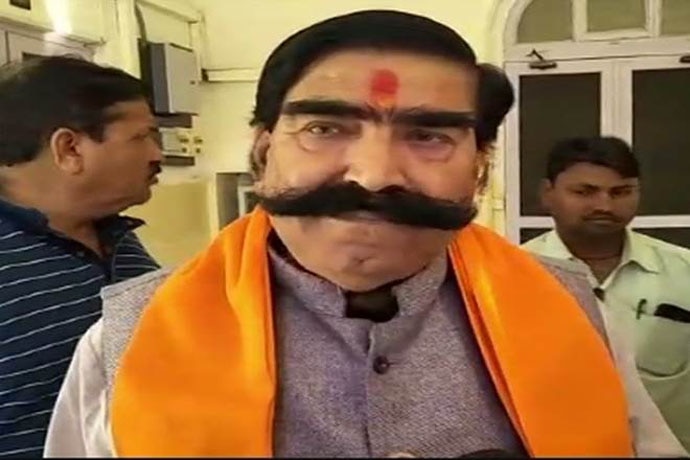 Communal polarisation was not invented in 2014.

Women who chose to fall in love before marriage, within or outside their community, always had a tough time at the hands of the self-appointed custodians of community honour.

But, in the last few years, such a mentality and such statements have been normalised, institutionalised and celebrated at an unprecedented scale.

We have MLAs and MPs coming up with regressive statements, and their party top brass not condemning them.

We have politicians publicly backing the accused in communal crimes.

We have seen the justice system being arm-twisted to favour certain shades of accused.

In April, NDTV reported that instances of hate speech went up by 500% in the four years of the Narendra Modi government. As many as 58 MPs and MLAs in the country have cases of hate speech against them. Almost half of them — 27 — belong to the BJP. Even CM Yogi Adityanath has strong feelings on the subject of 'love jihad', which he has aired publicly several times. (Photo: PTI)

When people in power start vocalising the prejudices you perhaps always held but only spoke out loud in small, close gatherings, you get the sanction to publicly state — and practise — them. When people get a taste of what it is to let their baser instincts run riot without consequences, it is difficult to rein them back in.

Thus, we now have parties trying to out-Right the BJP.

In UP itself, we have the Uttar Pradesh Navnirman Sena, which wants to field Shambhulal Regar, accused in the Rajsamand murder, and Rupendra Rana, an accused in the Dadri lynching case, as candidates.

An interview with gaurakshaks published in DailyO had the men saying they were “not afraid of Modi” and would “continue with their mission”, despite the PM condemning them.

The disempowered in this country — women, the minorities, the young — have a powerful ally, the Indian Constitution, which mandates that everyone is equal in the eyes of the law.

But the law is as effective as the people implementing it.

The Meerut police moral-schooling the 20-year-old girl were doing so either because they were convinced they were right — they have heard political leaders, including UP CM Adityanath, decry love jihad from the pulpits, they have read WhatsApp messages telling them of this “massive conspiracy” against Hindus — or because they knew they could get away with it — they see elected MPs and MLAs get away with worse.

These three cops have been suspended, and an enquiry ordered against them.

But what of the cases that don’t make it to social media or news outlets? The everyday instances of bullying, discrimination and harassment that citizens of this country are suffering?

Retail bigotry might bring the BJP to power again — but once it wins, will the BJP have the power to rid society of it?