From Andhadhun to Zero, Say Badhaai Ho to an inventive Bollywood in 2018!

Experiment, reinvent, yet coexist with the larger-than-life star power — that's what 2018 taught us.

2018 — a year which proved that even Aamir Khan can’t do enough if a film doesn’t connect with its audience. A year that showed that Salman Khan couldn’t just turn up in a film and that would be enough. A year where Shah Rukh Khan acted out of his skin in a brave career choice and it still wasn’t going to be enough.

Towards the end of the year, came along the most heartbreaking film of the year — Aanand l Rai’s Zero — an absurdist piece of whimsy where a barely educated dwarf from Meerut spoke in French in his dreams, moved shooting stars at will and then himself became a shooting star. Ripped apart by most critics, Zero is the most polarising film of the year — it is tragically flawed, and yet, not a film that can be dismissed easily. Shah Rukh the actor shines, but SRK, the superstar will have to look for box office validation elsewhere.

But Zero, in spite of not reaching out to its audience, does throw the spotlight on a welcome trend in the Hindi film industry in 2018. The willingness to experiment and to reinvent storytelling — this could be the year where Bollywood was at its inventive best.

Take the staple genre — the love story. The conventional love story is a genre which the industry no longer knows what to do with. It can’t exist in its pure form because it is far too formulaic — but in 2018, it took elements from other genres and took shape as the hybrid love story. Then there was October — a story about losing something you never had. A love story which was never a love story and had Varun Dhawan in one of his finest turns as an actor. A story which refused to fall into the trap of a more accessible romantic film — October is one of 2018’s best offerings.

Varun Dhawan was the star who took risks this year even if his next outing at the box office was more crowd-pleasing than October — in Sui Dhaaga, he plays a tailor goaded on to entrepreneurship by his wife — a woman he has barely spoken to in their years of marriage. While the broad spectrum of the film was about promoting Make in India, at its heart, Sui Dhaaga was about a married couple who grow to love each other even as they forge a business partnership.

Varun’s co-star in Sui Dhaaga, Anushka Sharma backed another interesting hybrid love story — her home production Pari. Wrongly marketed as a horror film, this was a surprisingly tender love story between an apparition and a dysfunctional young man. In a year where actors have experimented, this was a spunky choice by Anushka, the actor as well as the producer. Raazi bravely abandoned jingoism to show the enemy as human beings. Whom you could love. (Source: YouTube screengrab)

Alia Bhatt’s solo outing at the box office was the spy thriller with a heart — Raazi. One of the first big hits of the year, this film bravely abandoned jingoism to show you the enemy as real human beings — people you could potentially fall in love with. As does Alia’s Sehmat in Raazi with tragic consequences. Fronted by a woman director and writer duo, Raazi was the woman power film we deserved.

In fact, 2018 largely gave women its due — the delightful Stree, a subversive horror-comedy was a lateral and hugely successful comment on patriarchy. Andhadhun and Hitchki demonstrated that older women actors like Tabu and Rani Mukherji, and characters played by them, were enough to power the box office success of their respective films. 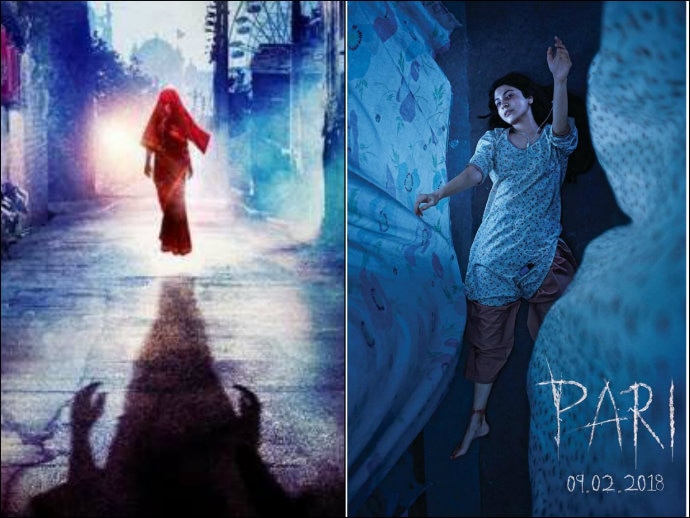 The deliciously wicked Andhadhun, in fact, could well be the most inventive film of the year — a black comedy and thriller which had the audience rooting for it all the way. As also its leading man, Ayushmann Khurrana, who is possibly the 'star' of the year with his two of his releases massively appreciated. Close on his heels are Vicky Kaushal and Rajkummar Rao, who are on their way to becoming trusted brands for the audience.

And that in itself should tell you why 2018 has been such a unique year!

But while the high-concept film ruled, it is too premature to announce the end of the star system and the big-budget films in 2018, because finally, it is Aamir Khan who gets the industry a 50 crore plus opening on Friday. And the biggest earners of the year, be it Sanju or Padmaavat, have been fronted by mainline stars like Ranbir Kapoor and Ranveer Singh.

Therefore, you cannot write off that kind of star power.

You don’t want to.

It is wishful thinking to imagine a Bollywood without its stars — but we actually wouldn’t want it any other way.

While Bollywood continues to push the envelope on the stories it wants to tell, there will always be a place for the well-made formula film. Like Tiger Zinda Hain last year, or possibly Simmba this year (it hadn’t released at the time of writing this piece). In fact, the success of Baaghi 2 and Satyamev Jayate this year proved how there is always a big audience for the testosterone-loaded action film.

What 2018 has taught Bollywood then, is to experiment, to reinvent and yet, have space for the conventional, larger-than-life spectacle that it often is.

Post your comment
#Alia Bhatt, #Varun Dhawan, #Shah Rukh Khan, #Ayushmann Khurrana
The views and opinions expressed in this article are those of the authors and do not necessarily reflect the official policy or position of DailyO.in or the India Today Group. The writers are solely responsible for any claims arising out of the contents of this article.

Naomi Datta is a novelist, television director and movie buff. She is a social media enthusiast and tweets with a vengeance @nowme_datta